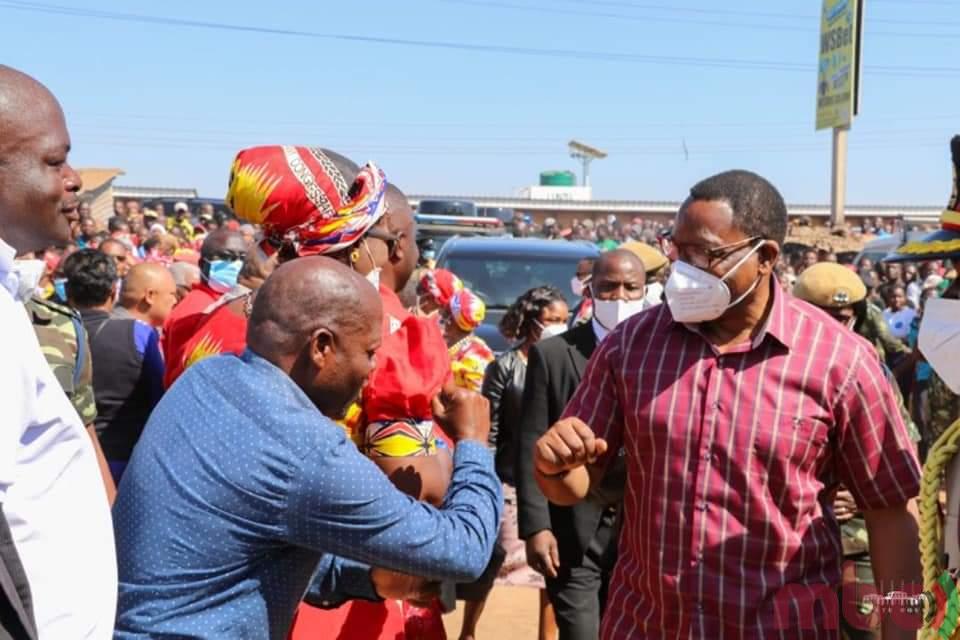 By public demand, the President greeted and addressed the crowd, and called for unity in pursuit of national developments such as  roads, hospitals, and schools his Administration is constructing in the southern region.

“This is what all of us as Malawians should rally behind no matter what our political colours are. So whenever something of national interest is not working, let us join hands in advancing national interests not use it to turn against each other,” said Dr Chakwera.

The President is returning to the seat of Government in Lilongwe after fulfilling a number of official engagements in southern region.