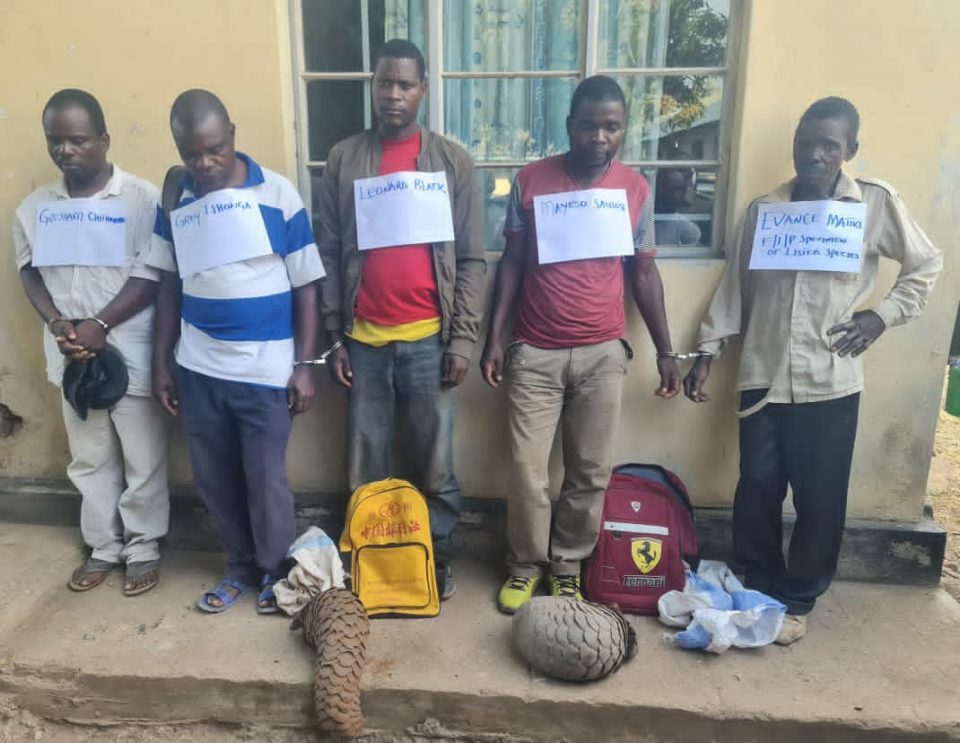 Police in Mangochi are keeping in custody five men for allegedly being found in possession of two live pangolins.

The suspects have since been charged with illegal possession of specimens of listed species contrary to section 110(b)of the National Parks and Wildlife Act.

The five were arrested on the afternoon of August 11, 2022, at one of the lodges within the township.

The Wildlife Crime Investigation Unit were tipped by members of the public that the said suspects were possessing the prohibited animals at the lodge and they were looking for buyers.

The officers in collaboration with Mangochi Police detectives rushed to the place where the suspects were found in one of the rooms. The officers also found the two live Pangolins which were hidden in separate sack bags.

The suspects are claiming to have acquired the live species from Mozambique.

All suspects will appear before the court after the completion of paperwork.

According to statistics from January 2022 up to date, the station has registered 3 cases related to Pangolins involving 11 suspects, compared to a single case involving two suspects as recorded in 2021.

Police thank members of the public for their support in the fight against wildlife crime in the district.