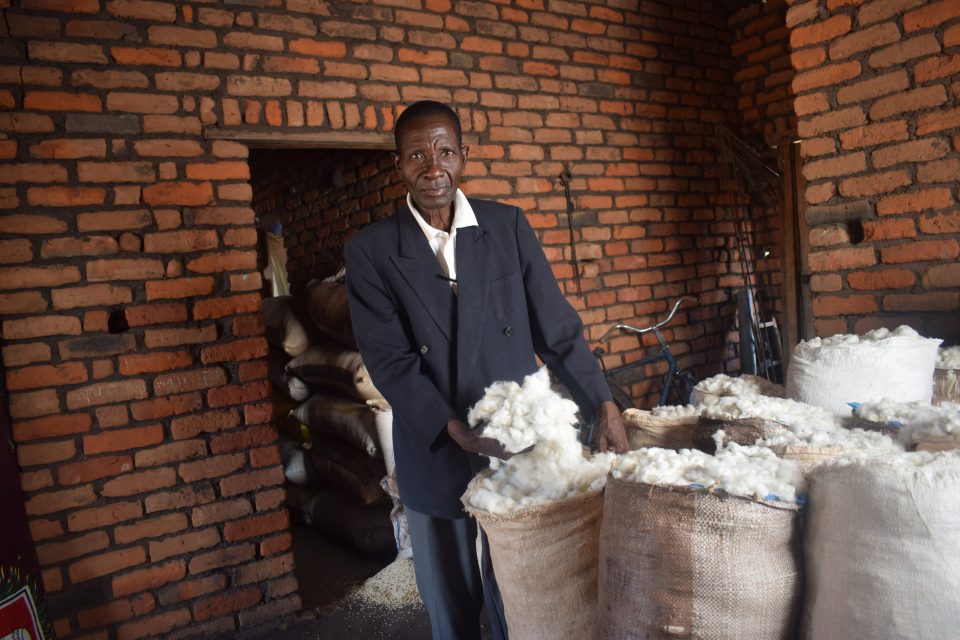 Over K6 billion will be lost by cotton farmers this year because of market failure and a price crash at international markets due to COVID-1 pandemic, Cotton Council of Malawi ( CCM) says, calling for a stimulus package to be paid to smallholder cotton farmers in the country to cushion the shock they are facing due to the pandemic.

“We managed to hit 45,000 metric tonnes of cotton this year and that’s quite a substantial amount, that amount alone would have enabled farmers to get K17.5 billion as an income distributed to farmers that have grown cotton this year.

“But due the market failure and the crash in terms of prices that ginners are demanding, it means farmers might lose almost K6.3 billion , “CCM’s Executive Director Cosmas Luwanda, told MBC.

He said there are fears that most farmers may not be able to produce again in the next farming season as the deadly pandemic has led to loss of their investment in cotton farming.

Cotton, as an export crop, is a key source of income for many smallholder farmers in Malawi and creates 40,000 jobs in the upstream value chain domestically.

A 2017 study study showed that Malawi is capable of earning $65 million from exports annually if 100 metric tonnes of the crop is produced.

But Luwanda said Malawi has not not been able to realise this cash due to low production during the last five years.

“The primary objective is now is to increase cotton production and productivity through the introduction of high yielding cotton varieties , use of effective pesticides, strengthening cotton extension services,” Luwanda said.

He added that one of the aims will be to intensify production through strategic ventures in irrigated cotton production.

As one of the few cash crops grown in the country, cotton means money for school fees, food, fertilizer and other household necessities.

But the dream to acquire such basic amenities in this year’s farming season seems far-fetched as the COVID-19 has disrupted operations of the market.

Mercy Sinamunde, a cotton farmer from Chikwawa, 40 kilometres south of the commercial capital of Malawi, Blantyre, said she had high hopes that when her cotton was going to be sold, she was going to finish building her house, send her children to school and buy them clothing.

“All what I hoped for will not be realised. I am not sure if I will grow cotton again next season.”

Sinamunde added: “We are told that the world market no longer wants our cotton because of Coronavirus and vendors are coming asking for one hundred kwacha per kilogram which is unfair, we are hopeless.”

The only hope the mother of four together with her group of farmers from different villages is that ADMARC will buy their cotton, but she was quick to point out: “ADMARC only took a portion of our cotton, we do not know where to go with the other cotton.”

Luwanda said the agreed price for cotton this season with buyers was K389 but now ginners sought a lower price saying the demand on the global market has gone down.

“Most textile mills across the globe have shut down, which has had a negative impact on the cotton market chain.”

He said there is need to cushion farmers in the lean period to keep them interested in the industry as the situation might affect production next farming season.

“We are hoping that we may find solutions that may cushion the smallholder farmers against the situation where they are making losses. Probably we may have to consider some stimulus package to be provided for farmers to access inputs so that more farmers are still attracted to the industry, “he said.