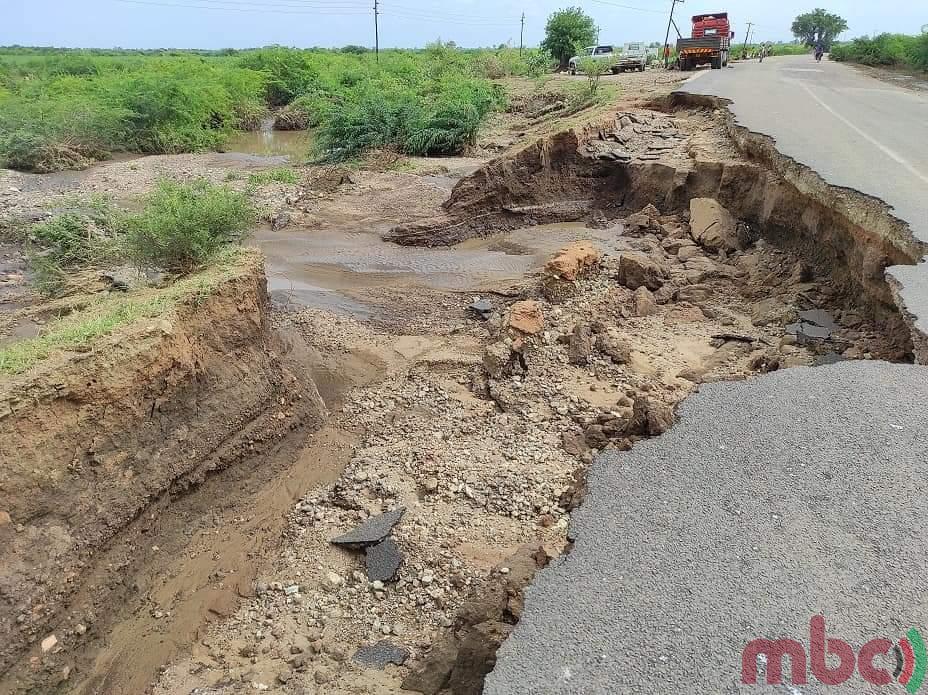 Little rain leads to drought; too much rain leads to floods but what cannot be disputed is that climate change is a huge challenge that will continue to pose a serious threat to life, livelihoods, property and economic growth within and beyond. At the receiving end of it are the poorest and most vulnerable who are residents in either rural or urban areas like one Maria Malivasi.

Repeated weather forecasts of heavy downpours including in Malawi’s Southern region district of Chikwawa are eroding 57-year-old Malivasi of her peace of mind. The resultant floods have long been a menace in her village under Traditional Authority Katunga.

The most immediate is what occurred earlier this year when tropical storm Ana killed and rendered hundreds across five SADC member states destitute. 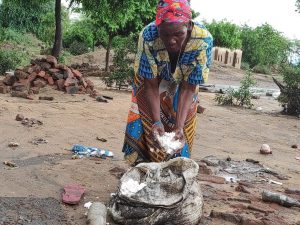 Malivasi displays how the floods affected her village

“Flooding water destroyed our house and washed away crops and livestock. We would have loved to construct something better but we do not have enough money.

‘The floods robbed my family of what we had toiled for years,” recalls Malivasi.

The mother of five is an embodiment of climate change injustice across the Sub-Saharan region, a bloc which this year alone was not only home to six back-to-back tropical and moderate cyclones and storms. The region also experienced a weather depression that led to the loss of over 700 lives and the destruction of property.

In January, Cyclone Ana which formed over the Indian Ocean, pounced on Malawi, Zambia and Zimbabwe, leaving a trail of destruction. In Malawi, the cyclone affected 994,967 people, killed 46, injured 206 and displaced 221,127 people. Some of them are now living in temporary shelters.

In Mozambique, 20 deaths and 196 people with injuries were reported with 121,000 left homeless, while in Madagascar, the cyclone killed 48 people with 130, 000 people fleeing their homes for safety in temporary shelters. 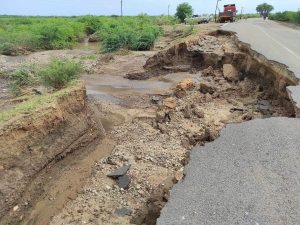 The devastation left by the cyclone

Many pieces of public infrastructure were damaged, in a repeat of 2019 events when tropical storm Ida inspired – floods equally wreaked havoc, rendering 500, 000 people homeless with an estimated 700,000 hectares of crops lost in central Mozambique.

The developments mean national Governments are now diverting and assigning colossal financial resources towards post-disaster activities to restore undone development gains, dragging their efforts on meeting several United Nations global goals including those on ending poverty and protecting the planet by the year 2030.

Malata adds that moving people staying in flood-prone areas to the upland has always been an issue because, in some countries like Malawi, there is no legislation to support the relocation of people from flood-prone areas.

SADC member States are also party to the 2015 Sendai Framework Convention on Climate Change which among other things seeks to reduce the magnitude of losses when disasters strike.

“All we need is a clear prioritization of what we want to do as a region, finance activities as laid out in the strategies and if we implement them, we are going to make the progress we all want to see,” says Ng’oma.

Head of Communications and Public Relations at SADC Secretariat, Barbara Lopi concedes the region is battling with recurrent disasters of increasing severity, adding that the tragedies happen before communities fully recover from previous adverse weather events, complicated by the construction of illegal settlements in disaster-prone areas, clearing of forests and farming in marginal areas. 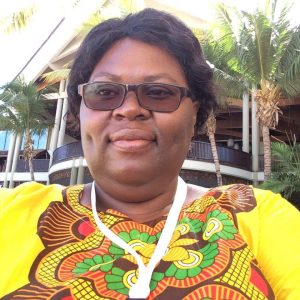 Lopi the region has been worst hit by disasters

“These are driven by several factors that include lack of awareness, competition for limited land resources, development demands and lack of enforcement at the level of the national government,” she says.

She adds at the regional level, several instruments have been developed to ensure coordinated regional approaches for environmental and natural resources management like the SADC Forestry Protocol of 2002, the Regional Disaster Preparedness and Response Strategy and Fund 2016, the Green Economy Strategy, the SADC Protocol on Environment for sustainable development of 2017, the Drought Resilience Framework 2019, and the Climate Change Strategy and Action Plan 2020-2030.

“The Secretariat will soon embark on the development of Urban Resilience Building Guidelines to facilitate risk-informed planning and development in urban areas, adoption of the City Rap guidelines and building mutually reinforcing resilience in these ‘economic hubs’ and the most risk low-income urban communities.

She adds while member States have policies, regulations and laws that not only discourage but also outlaw developments like the establishment of settlements in marginal and disaster-prone areas, there is still room for improvement.

“However, enforcement of these policies and legislations is relatively weak in most Member States, resulting in accelerated environmental degradation and increasing impacts of disasters.”

She points out that the region has several initiatives, structures and mechanisms in place to deal with disasters in a coordinated manner, further disclosing the bloc is in the process of operationalising the SADC Humanitarian and Emergency Operations Centre in Nacala – Mozambique, which will consist of a regional Disaster Early Warning Centre.

“This is to ensure the sharing of multi-hazard early warning information. Furthermore, the region has established a Regional Disaster Fund to help member states overwhelmed by disasters, says Lopi.

According to her, common challenges frustrating the implementation of disaster risk management interventions and available strategies in the region include a lack of awareness of existing laws and legislations on the environment and natural resources management, poor or low enforcement of building and construction standards and low adoption of regional instruments and protocols and lack of coordination by member states in dealing with disasters.

“Member States should enhance public awareness creation to foster environmental protection and ensure dissemination of knowledge of the impacts of inaction on the accelerating rate of environmental degradation and promote measures to mitigate the impacts of disasters.”

Lopi further calls on member states to enhance the building of resilience of the region’s population through measures that reduce vulnerabilities to several elements including poverty, food insecurity and malnutrition and enforce climate mitigation measures.

“This can be achieved by promoting re-afforestation programmes, controlling agriculture and cultural practices including cultivation on marginal lands that promote deforestation and promoting climate-smart practices and enforcement of building standards to ensure the resilience of infrastructure and property and promote ‘building back better after disasters,” she suggests.

Lopi also calls for the adoption, integration and mainstreaming of the regional instruments by member States to effectively contribute to coordination efforts, enforcement mechanisms, development of standard building codes and use of appropriate material for sustainable infrastructure, and periodic maintenance of infrastructure.

Lopi also calls for speedy operationalization of the SADC Humanitarian and Emergency Operations Centre—which is based in Nacala, on a facility donated by the Mozambican government.

The establishment of the Centre was approved by the SADC Council of Ministers in August 2019 and once fully operational, the Centre will be responsible for the coordination of Disaster Risk Management activities in the region.

UPST FOR QUICK REOPENING OF SCHOOLS