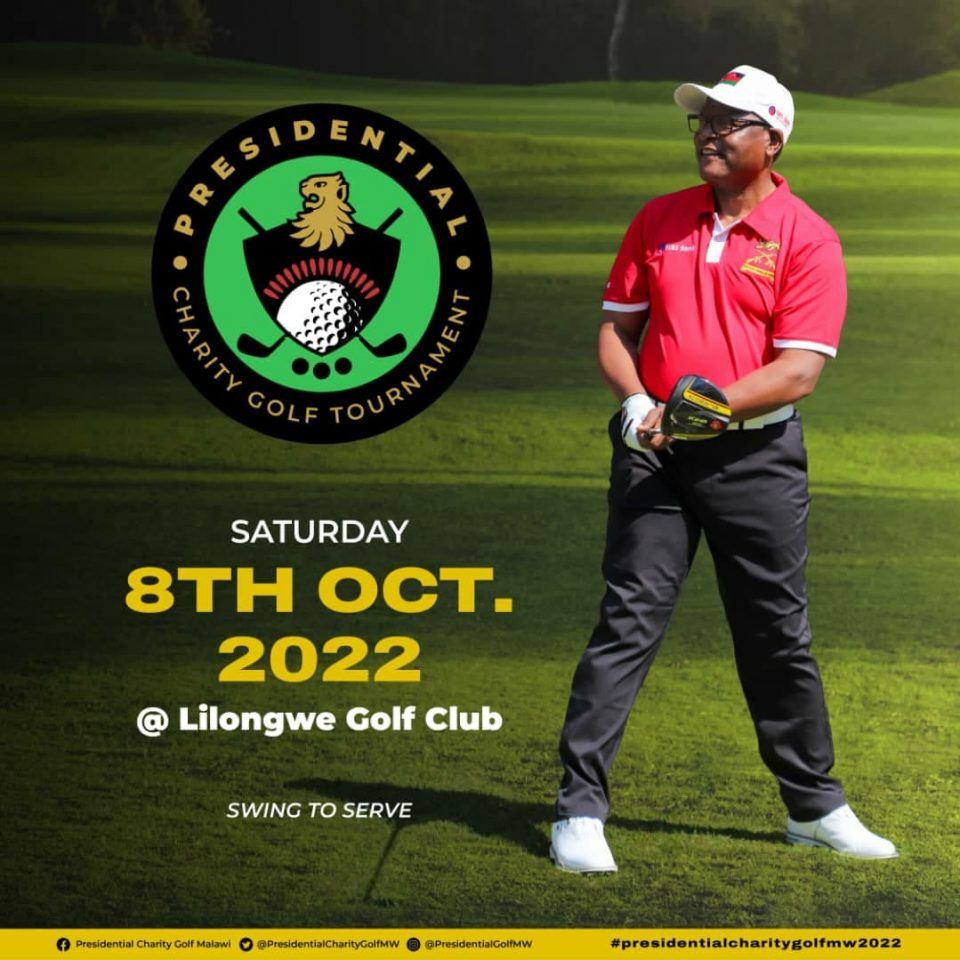 The Annual Presidential Golf Charity Steering Committee will on Thursday 8 September 2022 unveil a platinum sponsor of the tournament.

This is according to the committee’s spokesperson, Thomas Chafunya, who told MBC that preparations for the tournament are advancing well.

“As a steering committee, we are grateful to President Dr Lazarus Chakwera for entrusting us to champion this charity golf tournament. As we speak on Thursday we are unveiling a platinum sponsor of the tournament. This company is committing over K40 million towards the tournament,” said Chafunya.

Chafunya also confirmed that the tournament will take place on 8 October 2022 as planned.

“It has pleased President Dr Lazarus Chakwera to take part in the tournament and he has also extended invitation to his Vice, Dr Saulosi Chilima.”

He added that companies willing to support the initiative should reach out to the committee through its spokesperson.

Dr Chakwera established the Presidential Charity initiative to address some of the challenges people face.