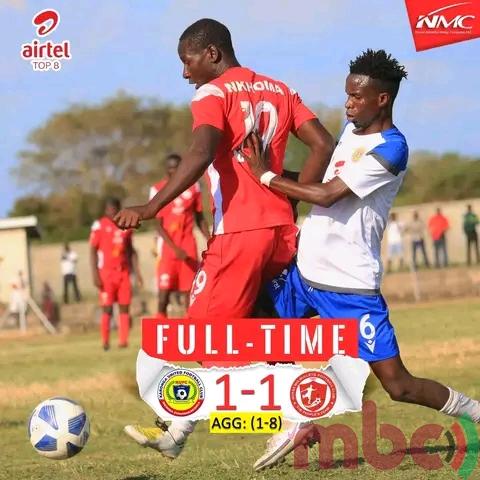 Nyasa Big Bullets will face either Kamuzu Barracks or Silver Strikers while Mighty Mukuru Wanderers will wait for a winner between Blue Eagles and Dedza Dynamos to complete the last four teams that will compete for Airtel honours this year.

On Saturday, defending champions of the Airtel Top 8 Cup, Nyasa Big Bullets were the first side to progress into the semifinals after thrashing Karonga United by eight goals to one on aggregate.

On the other hand, Mighty Mukuru Wanderers have qualified for the next round after beating Salima-based soldiers, MAFCO, four nil in home and away matches to bow out of the competition.

According to the Football Association of Malawi (FAM), the final match for this year’s Airtel Top 8 Cup is scheduled to take place later next month.