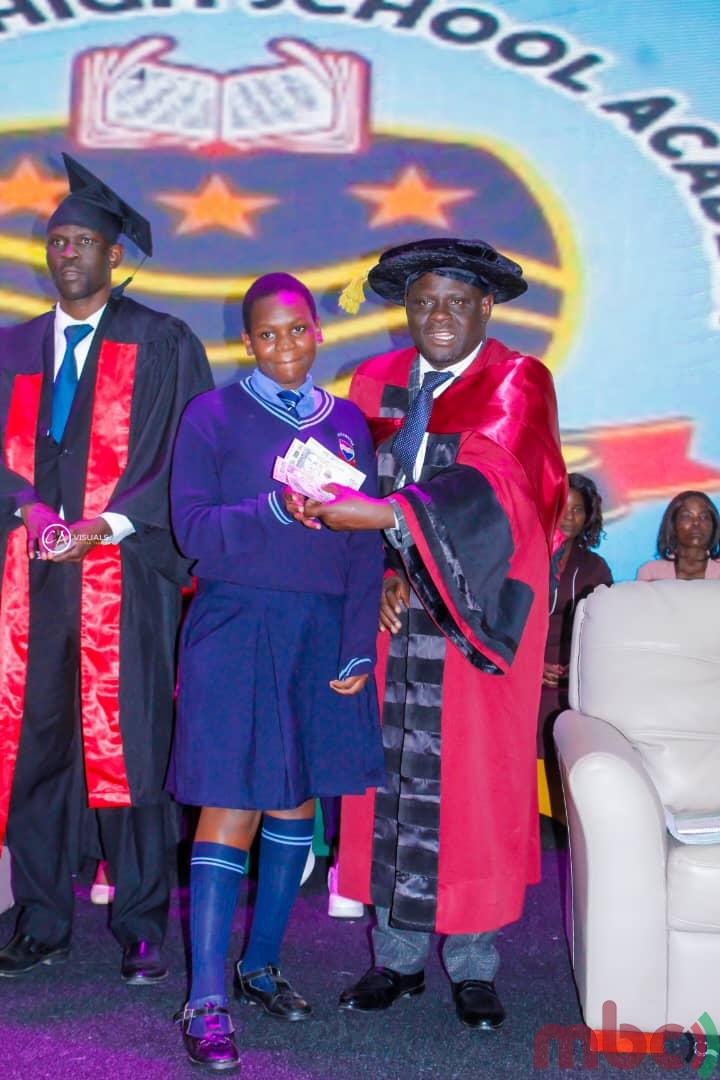 Maranatha Academy has awarded students who passed with flying colours in the 2021/2022 Malawi School Certificate of Education (MSCE) examinations.

The ceremony took place at Golden Peacock Hotel in Blantyre.

During the event students from Maranatha Academy and other public schools including St Patrick’s, Zomba Catholic Secondary School and Marymount received awards for their hard work.

Three students were given K500,000 each and these are Eureka Whisky from Mary Mount, Thabiso Chokocha from Zomba Secondary and Osborne Lawani from St Patrick’s.

The school also fulfilled its pledge of providing K500,000 financial support to its former student, Christopher Francis, who scored 6 points in 2020.

Francis who is now pursuing his tertiary education at Kamuzu University of Health Sciences (KUHES)  thanked Maranatha for the support.

Said Francis: ”I am very thankful to the Management of Maranatha for fulfilling its pledge of giving me school fees for this academic year, I am encouraging all the students from all schools in the country to work extra hard and stand a chance of receiving these awards.”

In his remarks, the Managing Director for Maranatha Academy, Enerst Kaonga, said he is committed to complementing the government’s effort in improving the quality of education in the country.

For this reason, he said he will continue recognising and awarding boys and girls from both public and private secondary schools for their outstanding performance.

“Management at Maranatha Academy is serious about improving the quality of education not only at Maranatha but the country as a whole.

“This is why we are awarding all students who performed well in 2021 from both the public and private schools,” Kaonga said.

Jasper Mambo a student from Malawi University of Science and Technology (MUST) and Wezzie Kaonga, a student at Kamuzu University of Health Sciences (KUHES), commended Maranatha Academy for taking an initiative in recognising and awarding outstanding students in the country.

They said the initiative will go a long way in motivating learners to work hard in class thereby improving education standards in the country.

During the event, the best-performing teachers from Maranatha Academy were awarded for their achievements.

Maranatha Academy introduced the Awards Ceremony in 2017 to encourage students in Malawi to be dedicated to their studies.