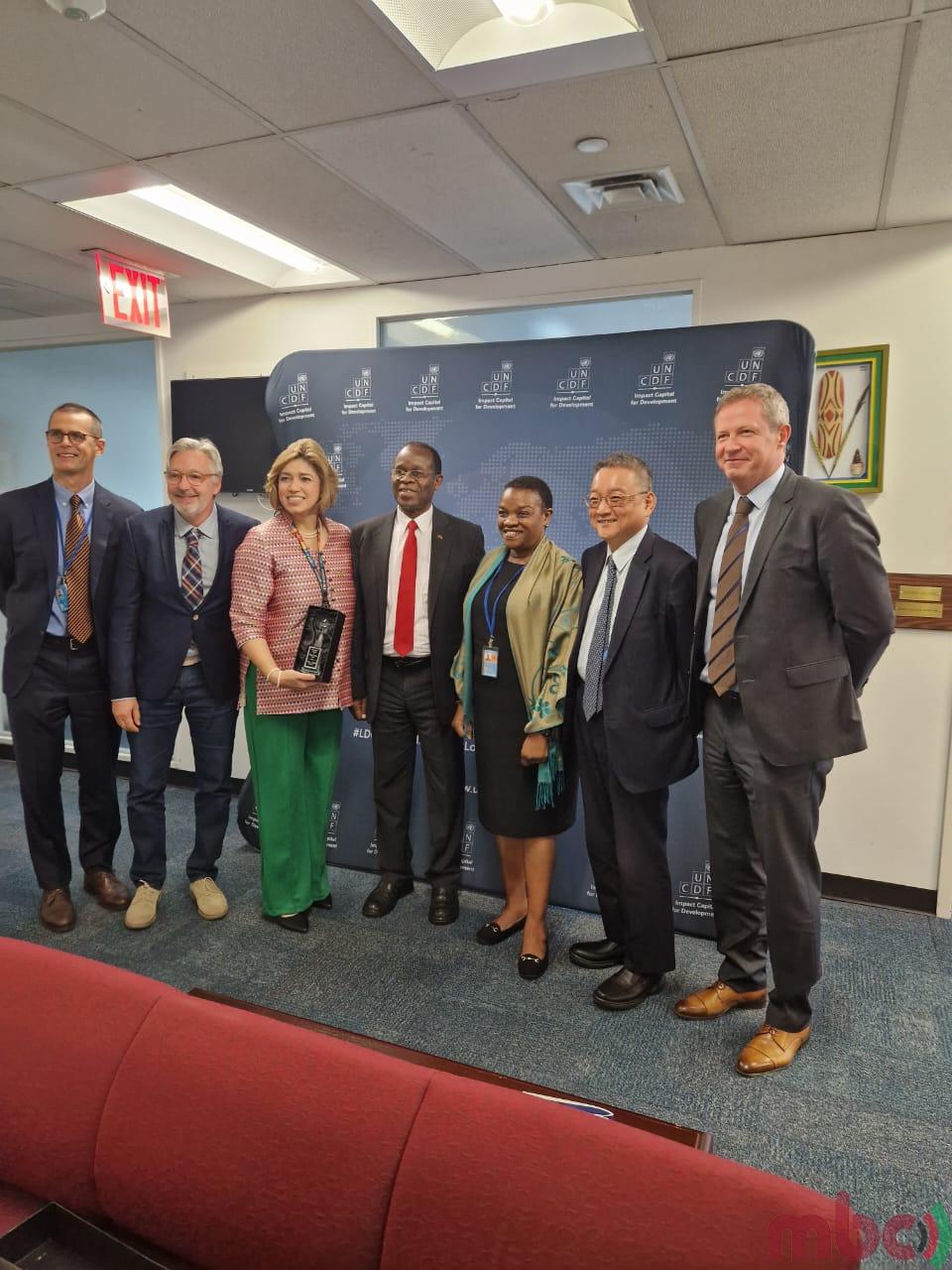 The minister was speaking at an event in the United  States of America where he delivered a presentation to the United Nations Capital Development Fund (UNCDF).

The meeting was organised by the  Malawi Embassy and Permanent Representative to the United Nations to highlight the strides the country has made so far and the challenges that hinder the social-economic development of the country.

Katsonga Phiri then explained some possible investment opportunities including hydropower production in the Shire River and irrigation farming.

“I have learnt that UNCDF facilitates access to green bonds and blue bonds that finance a combination of green and social projects. We would like Malawi and its neighbouring countries to access these green bonds so that we build resilience to climate shocks and build adaptation and productive capacities for our local communities that are continuously at risk of climate shocks,”  said the minister.

The minister continued to say ‘Agriculture and Agro-Processing’, is one of the three main pillars that Malawians want to develop by 2063 hence the need to advance entrepreneurship, investment promotion, private sector development, export promotion, and introduction of local climate adaptation measures for Malawi’s attainment of the dream.

“As was presented at the UNCDF, Annual Investment Forum that focused on ‘Capital Pathways for Frontier Economies’, Malawi has the following investment opportunity areas: Agriculture and Agro-processing, Energy, Manufacturing, Tourism
Infrastructural Development and Mining. These are Export-oriented investments,” he added.

In her remarks, UNCDF Executive Secretary, Preetie Signah said it is pleasing to see Malawi’s commitment to investments for structural transformations in areas of Digital Economy, Energy, Agriculture, Education, Health, and Mining.

She said the time is now to woe investors to come and partner with the Government of Malawi to realise  Malawi’s vision of self-reliance.

“UNCDF and UNDP are already linking the Government of Malawi to investors through the ‘Build Malawi Fund’ and there is hope that things will turn for the better in Malawi soon and we are committed to working with the Malawi Government in initiating new interventions aimed at capacitating the private sector, ” she added.

During the meeting, the Trade and Industry Minister also emphasised that various ministries including  Finance, Agriculture, Energy, Natural Resources and Climate Change are partners to his ministry in joining hands with  Partners like the EU, UNDP, UNCDF, Africa Development Bank, FAO and Green Climate Fund (GCF) in helping attain what is laid out in Malawi 2063. – MBC Online Services.