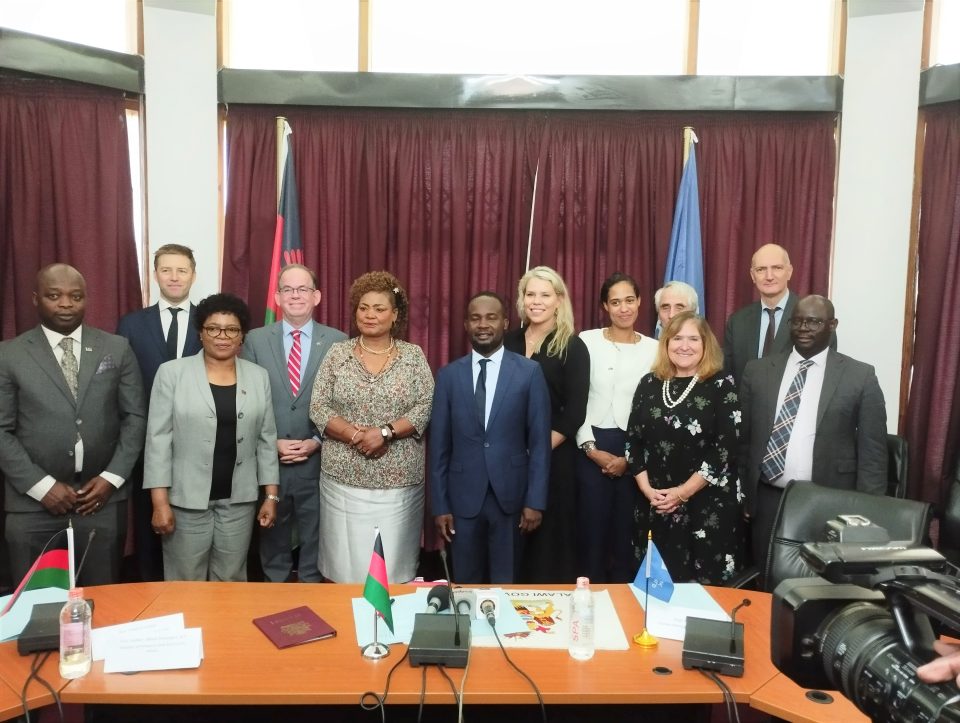 The government of Malawi has signed several agreements with the donor community and launched the Multi-Donor Trust Fund (MDTF) that seeks to enhance social support programmes in the country.

The  ceremony  took place at Capital Hill in Lilongwe.

Minister of Finance,  Sosten Gwengwe,  on behalf of the Government of Malawi signed the MDTF  for Social Protection Agreements whereas Hugh Riddell, represented the World Bank during the ceremony.

In his remarks, the United States Ambassador, David Young, applauded the partners for mobilising resources that will have a tremendous impact on ordinary citizens in Malawi.

He said the MDTF  will cushion farmers in remote areas and bring thousands out of abject poverty.

“The USA Government has already invested K12 billion that goes into strengthening social protection programmes in Malawi and will keep up on that path,” said Young.

In her remarks, Iceland’s Head of Mission to Malawi, Inga Dora Petursdottir, said the fund will help Malawi in coping with global challenges such as climate change and the rising cost of living exacerbated by global challenges.

“Iceland is pumping in $3 million to the fund in addition to other support we are already providing. We hope that through the fund nourishment of mothers and children who holds the fabric of society will improve. Through the resources towards the fund, we also hope it will support the fight against climate change,” said Petursdottir.

In his remarks, Minister of Finance, Sosten Gwengwe, thanked the donor community and said the MDTF will help in accelerating the provision of resources to the vulnerable.

In their remarks, Minister of Gender and Community Development, Patricia Kaliati, Minister of Local Government, Professor Blessings Chinsinga and Minister of Foreign Affairs, Nancy Tembo all applauded the establishment of the MDTF as a game changer in social protection programmes.

Partners in the fund include European Union, World Bank,  Iceland, African Development Bank, and UK-FCDO and currently, K6.4 billion has been contributed towards the fund.