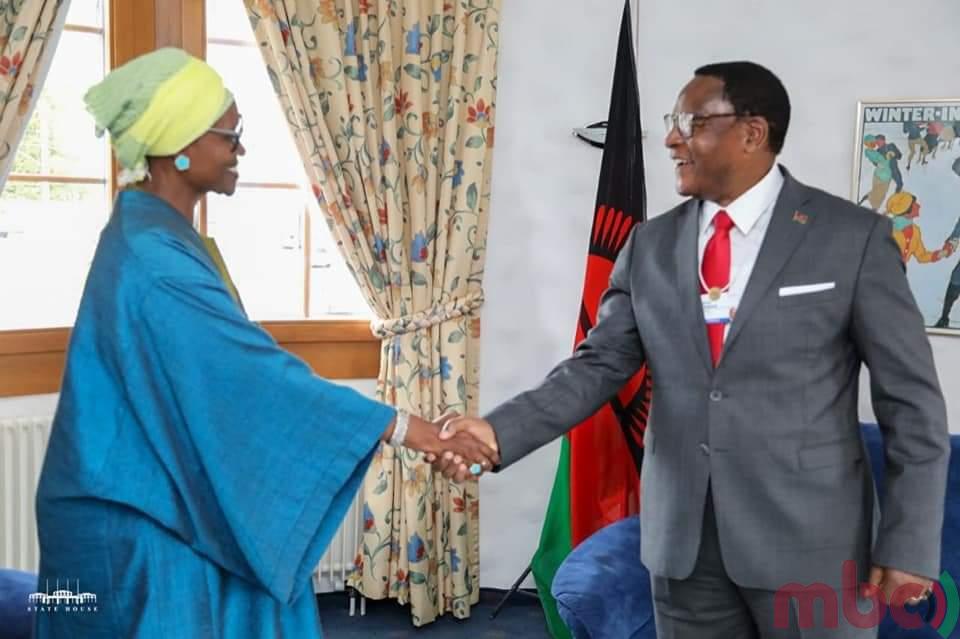 President Dr Lazarus Chakwera has just concluded a meeting with the Executive Director of UNAIDS, Her Excellency Winnie Byanyima.

The UNAIDS leader called on the President to thank him for the commitment his government has shown to the fight against HIV and AIDS through the strengthening of health systems in Malawi, despite the reduction in financial support from global partners in the wake of resources being rerouted to Eastern Europe warfront.

She also commended him for his global reputation as a warrior against corruption and encouraged him to stay the course to ensure that resources intended for healthcare are protected from pilferage.

For his part, the President, in his capacity as Champion of the Global Fund 7th Replenishment, called on the UNAIDS to work closely with his Administration on the goal of an HIV-free Malawi by marshalling resources together for the $97 million gap there is in funding for the procurement of ARVs and HIV related commodities.

During the opening ceremony of the WEF in Davos, Switzerland, President Chakwera had an exchange with Kristalina Georgieva, the Managing Director of the International Monetary Fund, before they and other world leaders took to their seats for the welcome remarks by Swiss President Ignazio Cassis. – MBC Online Services.