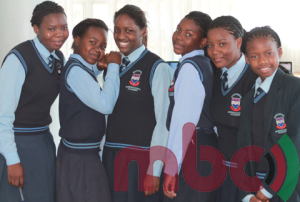 Maranatha Private Schools has suspended the temporal teaching of examination classes (forms 4 and 2)  in Balaka and Zalewa following the Ministry of Education’s warning to close down schools from Blantyre and Lilongwe operating outside their registered premises.

Last week, the ministry restricted the opening of primary and secondary schools in Blantyre and Lilongwe due to the cholera outbreak.

Responding to the demands of parents, Maranatha  Private Schools and other institutions sought temporal premises to drill examination classes.

Maranatha opened temporary campuses in Balaka for girls and Zalewa for boys.

The move did not go well with the Ministry of Education which described it as unlawful and the schools risk closure through its press release issued on Monday.

Social media described the ministry’s threat as unfair to students.

An immediate reaction by the Managing Director of Maranatha Private Schools following the suspension of the classes is that the move is retrogressive to candidates taking national examinations this year.

“We did this as plan B not that we have relocated to Balaka or Zalewa. This was just temporary otherwise our campuses remain in Blantyre. We were responding to pressure from parents and guardians of our students to find a fallback plan in the wake of restriction of school opening more so considering that their colleagues from other districts are learning,” said Kaonga.

Kaonga further said, “As Maranatha, we respect the laws of this land and abide by them. This is the more reason we have suspended classes but we plead with the ministry to find plan b for schools in Lilongwe and Blantyre.

“All that we want is to promote education in this country. These students are  citizens of Malawi and they have a right to education and fair competition.”

The ministry in its earlier communication indicated that it will monitor the cholera situation in Blantyre and Lilongwe for a period of not less than two weeks before it can decide on the reopening of schools in the two cities.

MINISTRY AGAINST RELOCATION OF SCHOOLS