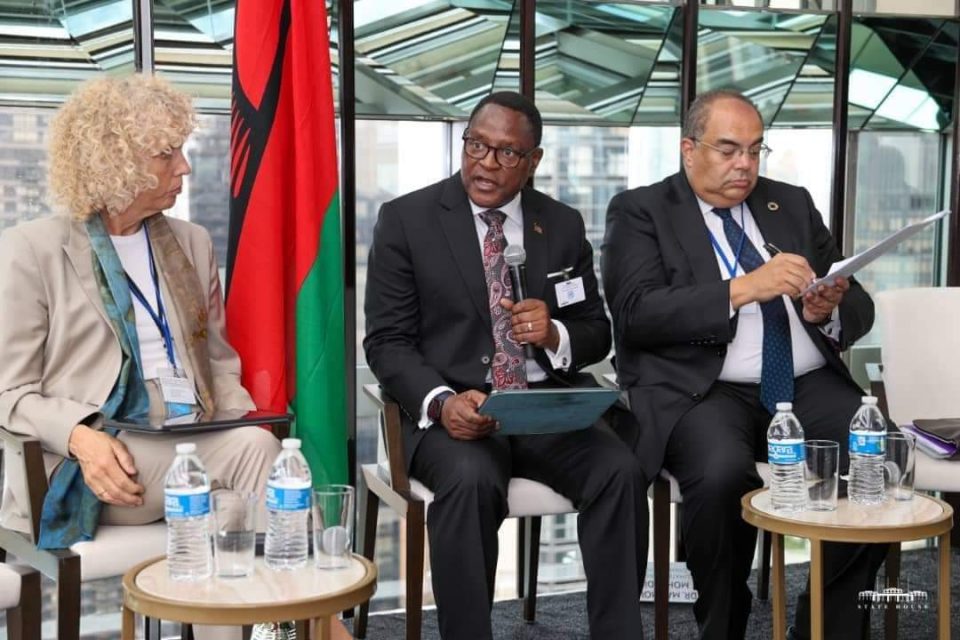 Dr Chakwera indicated to world leaders that no country is immune from climate change challenges hence the need to invest in climate change adaptation and mitigation.

He was speaking at a meeting organized by the Green Climate Fund in New York on the sidelines of the 77th UN General Assembly (UNGA).

In his statement, the Malawi leader talked about the tragedy that befell the country due to climate-induced shocks, citing the damage Cyclone Ana did to Kapichira Power Station which saw 130 megawatts of power taken off the national grid.

To this end, the Malawi leader urges global stakeholders in the fight against climate change to increase funding to LDCs which are most vulnerable to climate shocks.

For her part, the German State Secretary and special envoy for international climate action, Jennifer Morgan, said her government stands ready to support governments and institutions that have transformative mandates such as the Green Climate Fund.

Soon after the GCF meeting, President Chakwera met in audience with the Director General for the Food and Agriculture Organization of the United Nations, Qu Dongyu.

In their discussion, the UN specialized agency on food security, pledged support to the Government of Malawi to ensure that the country is food secure all year round.

According to the United Nations, climate change, Covid-19 Pandemic and conflicts coupled with global supply chain disruptions have exacerbated food shortages in some parts of the world which is why there is a need for governments to meet and chart the way forward to alleviate the challenges.

CHAKWERA COMMITS TO A TRANSPARENT GOVERNMENT