Phillip Morris International (PMI), an American multinational tobacco company, says even though the embracement of smoke-free tobacco products is slow on the African continent, it is going to continue engaging governments on the matter.

PMI Vice President (Market Activation and Support), Tommaso Di Giovanni, disclosed this recently during a virtual media session on disinformation, misinformation in the media and its effects on human progress for East and Southern African Journalists.

He said PMI understands that some African governments may need time to understand Tobacco Harm Reduction (THR) concept because their economies may have been designed for combustible cigarettes.

“We talk to any government that is open to engaging or has the interest to discuss these matters. We have been engaging with several authorities and we continue to do so. The introduction of THR strategies is a bit slow on the African continent,” he said.

Di Giovanni disclosed that PMI intends to replace combustible cigarettes with better alternatives that are less harmful to health.

The World Health Organisation (WHO) says tobacco-related illnesses are one of the biggest public health threats the world has ever faced, killing more than eight million people a year, including around 1.2 million deaths from exposure to second-hand smoke. 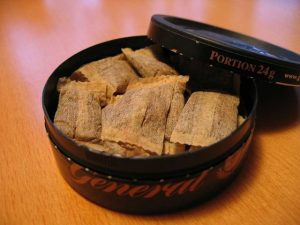 Consumer Advocates for Smoke-free Alternatives Association Tobacco (CASAA) indicate that THR is an evidence-based public health approach consisting of pragmatic policies, regulations and actions to reduce health risks, by among other ways, providing access to safer forms of products or substances.

At the 7th Open Science hybrid event held in Poland on the sidelines of the Global Nicotine Conference in June 2022, experts revealed that THR products would reduce lung cancers and other diseases associated with tobacco smoking, urging governments and policymakers to ensure
involving all players for an easy understanding of the THR concept.

In Malawi, tobacco is the main foreign exchange earner and the backbone of the country’s agro-based economy.

Malawi harm reduction consumer advocates are positive that Malawi could take advantage of this and explore the possibility of producing safer nicotine products such as Snus for local use and export.

Harm Reduction Consumer Advocate, Chimwemwe Ngoma, observed that the tobacco leaf on its own is not the problem, but smoking is, highlighting safer nicotine products like Snus produced from the same tobacco.

“Countries like Sweden are enjoying the health benefits of Snus such that Sweden has the lowest smoking prevalence and lowest disease and death profile in the whole of Europe,” he said.

Ngoma added: “Malawi is part of the global community and equally affected by adverse effects of tobacco smoking. Statistics show that close to a million people are active daily tobacco users in Malawi and approximately 5,700 people die from tobacco-related infections annually.”