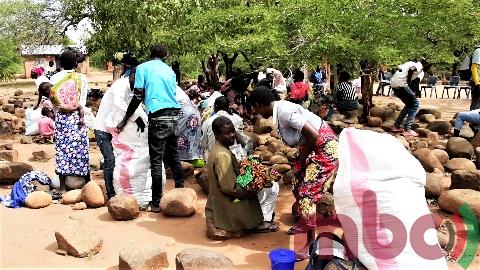 The Church in the country has been called upon to sustain efforts of supporting flood survivors in their quest to rebuild their livelihoods.

This follows a donation by Naizi Seventh Day Adventist Church in Mthumba area in Chikwawa to some families that entirely lost everything they owned to Tropical Storm Ana.

Both urban and rural areas were in one way or the other affected.

However, the Lower-Shire districts of Chikwawa and Nsanje topped the list of populations affected by the catastrophe. 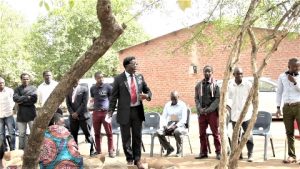 Words of encouragement were shared too

A higher percentage of families in the districts lost everything they relied upon for their livelihoods.

The floods are gone, but the survivors have to start rebuilding their livelihoods. These efforts as many public figures have observed need concerted efforts involving the church too.

This is the more reason Naizi Seventh Day Adventist Church in Blantyre stepped in to support some families in Chapananga Chikwawa with food and non-food items to enhance their rebuilding efforts.

Pastor Levison Kandoje District Pastor for the church said the flood survivors can build back better with the support of every well-meaning Malawian. 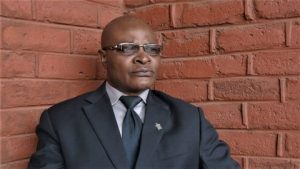 “We heard from our leaders at Malawi Union that we need to assist people affected by floods. Mpingwe District of the church heard the call and we contributed food and non-food items and these were distributed by Adventist Relief Agency (ADRA).

“Naizi Seventh Day Adventist Church thought it wise that we need to have a direct touch with the flood survivors on the ground. So we came here at Mthumba in Chikwawa to distribute relief items that include food and non-food items so that our fellow Malawians should rebuild their lives post the flood,” said Pastor Kandoje.

Speaking during the function, First Elder for Naizi SDA Church, Alexander Chipungu, said some communities in the remotest parts of Nsanje and Chikwawa though affected by floods didn’t receive adequate support to rebuild their livelihoods as the case of the community in Mthumba. 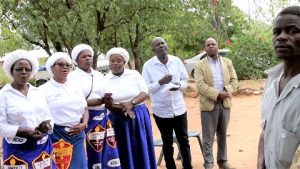 “We mobilised the resources within Naizi SDA Church. We appealed to the church and the response was overwhelming. We believe that in good and challenging times, the church should stand in solidarity with the vulnerable and the needy like the Mthumba community here,” said Chipungu.

During the ceremony, Pastor Kandoje delivered a sermon to encourage the flood survivors spiritually.

Among the items distributed included, salt, sugar, Maize flour and clothes for children, women and men.