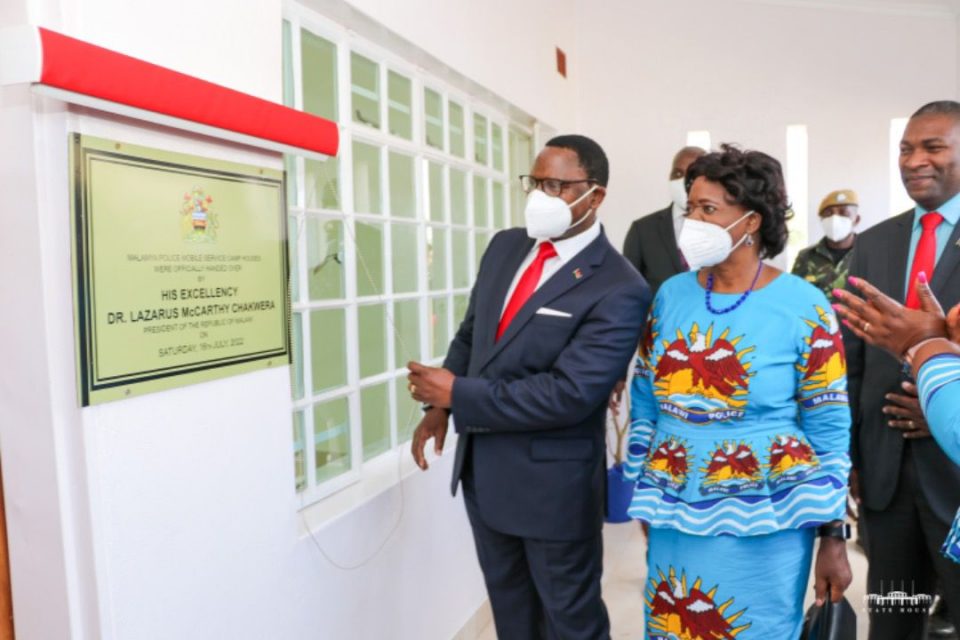 President Dr Lazarus Chakwera says his administration is putting more effort into rebuilding the broken foundation it inherited from the previous administration.

The President was speaking at Malamia Police Mobile Service Camp in Mangochi during the official handover ceremony of new houses for police staff at the camp.

Speaking after officially handing over the new houses, Dr Chakwera said for the past two years his focus has been on laying a strong foundation for a prosperous future for all Malawians.

The Malawi leader said the economic foundation the father and founder of the nation, late Ngwazi Dr Hastings Kamuzu Banda, laid for Malawi’s development had been systematically destroyed for decades and that construction of the police houses is one way of rebuilding a strong foundation for the public service.

“In the past, Malawi had a strong foundation forindustrialisation, building and we also had manufacturing plants that added value to what we produce. The focus of that foundation was to become a nation that knows how to produce goods that can sell on the international market,” explained Dr Chakwera.

The Malawi leader then made a special appeal to the Malawi Police service to be professional in the course of their duty to regain the trust of the people they serve.

The President also commended the contractor who was entrusted to construct the houses for delivering quality work within the agreed period.

In his remarks, the Commissioner of Police responsible for research and planning, Happy Mkandawire said the new houses will help transform the face of the camp and the development is a great motivation for the officers.

Currently, the Malawi Police Service (MPS) has three thousand houses against a population of over 13 thousand officers.

Under the project of constructing 10 thousand houses for security institutions, MPS has an allocation of four thousand units across the country.