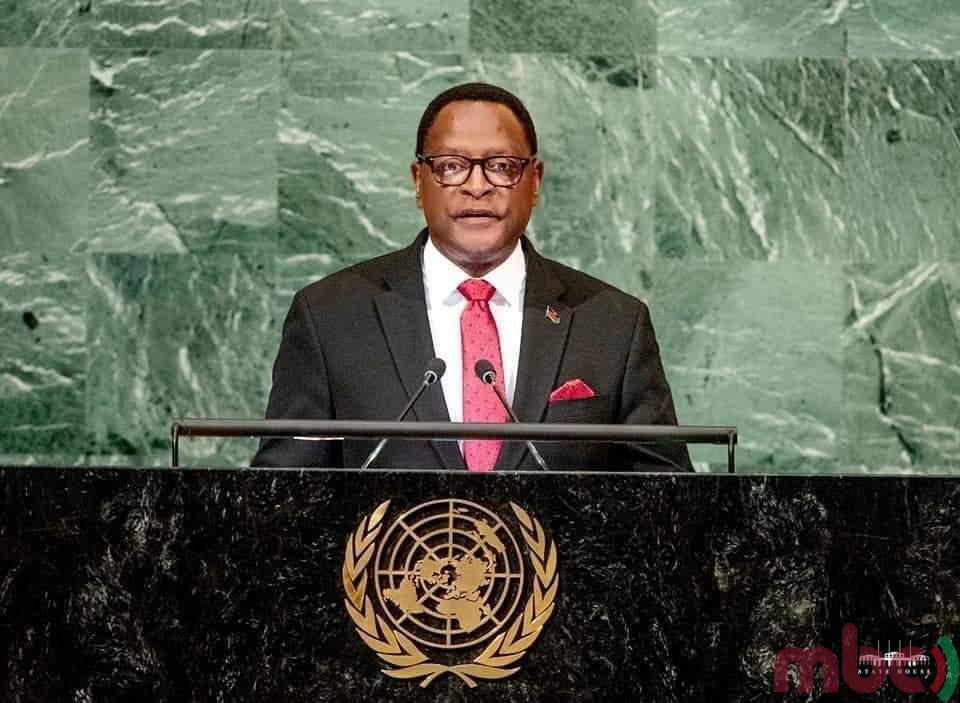 President Dr Lazarus Chakwera has addressed the 77th United Nations General Assembly with a call to bigger economies not to leave Least Development Countries (LDCs) behind.

The Malawi leader said most LDCs including Malawi have faced an avalanche of natural disasters such as Tropical Storm Ana and Tropical Storm Gombe that ravaged the country’s key sectors including the energy infrastructure leaving hundreds of thousands displaced.

Dr Chakwera highlighted that the calamities cannot be solved single-handedly but require total commitment from the United Nations Family.

“We all know food shortage is a global problem that will never be solved until all nations solve it together, yet many debt-stressed countries have been left behind. As a result of our collective negligence the global economy is like a house on fire yet we use evacuation methods to put other countries to safety yet we leave other nations to fend for themselves in the burning building.

“But if we are truly one UN Family, leaving no one behind has to be practised not just preached,” said Dr Chakwera.

The Malawi leader also underscored the need for the UNGA to consider allocating two permanent seats in the Security Council with veto power to Africa and the other five unpermanent seats saying, “That’s the UN Family we want. A reformed UN.”

He also lobbied for debt cancellation in countries that are shackled by debts citing the example of China which has walked the talk on the same.