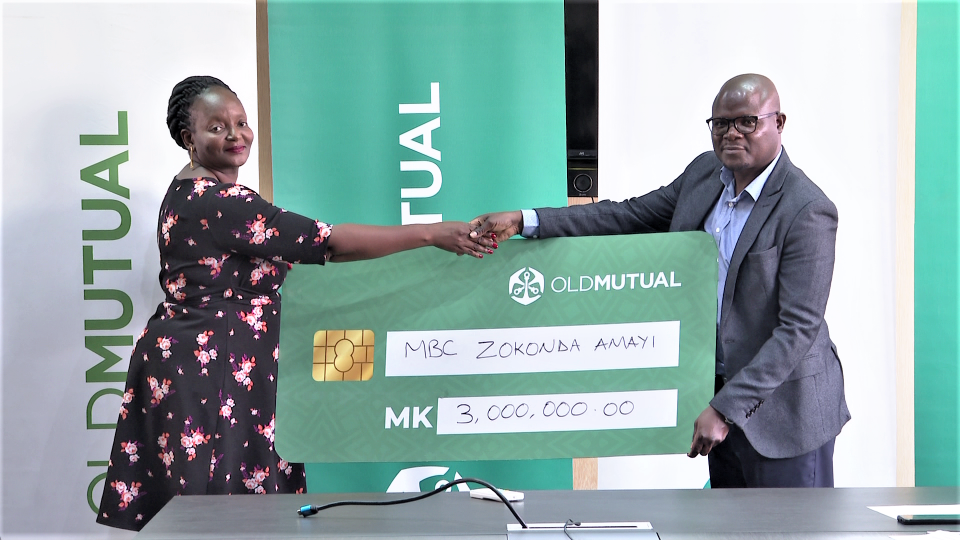 “Old Mutual has a special programme for financial education for the public and we identified MBC Zokonda Amayi Macheza as one of the flagship programmes that we can use to reach the masses hence our donation. We have made a donation of K3 million towards their annual gathering and we are going to continue supporting them in future as we also use the platform to disseminate financial education,” said Kadzongwe.

In her remarks, Acting Director of Commercial Services at MBC, Rabecca Mtekateka, said Old Mutual’s donation is timely as the corporation has stepped up its preparations for the upcoming lakeshore treat.

“This donation will go a long way in helping us prepare for the upcoming Zokonda Amayi Macheza. We have planned to have the women at the lake where we will have fun starting with Lucius Banda on 14 October and on 15 October in the morning we will have organisations like Old Mutual Limited that will drill the women on how they can manage their finances before having a luncheon in the afternoon,” said Mtekateka.

MBC Zokonda Amayi Macheza over the years has grown to be a vehicle for reaching out to the less privileged in their respective communities. The women have managed to build houses for the elderly and pay school fees to needy students among other charitable works.