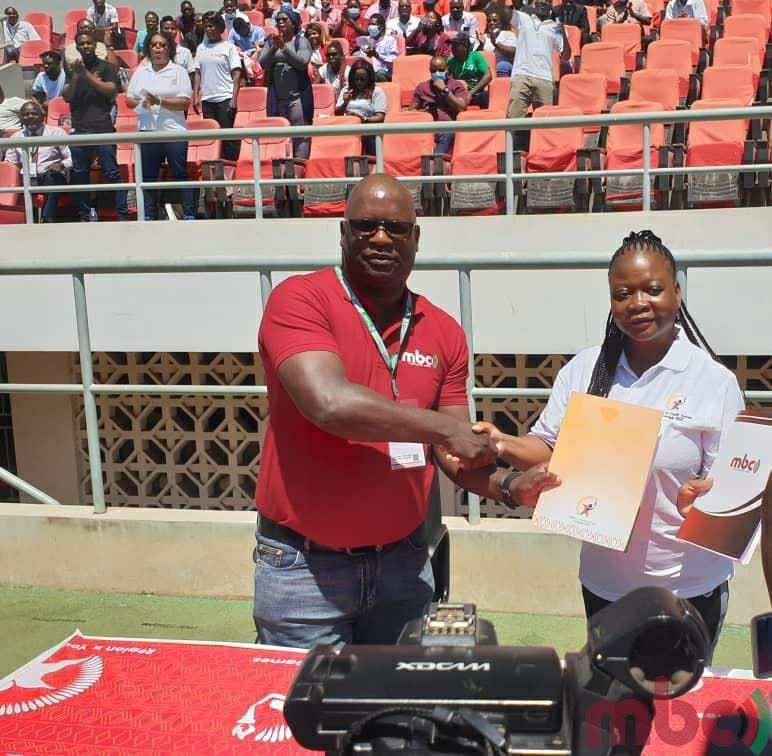 Malawi Broadcasting Corporation has been officially unveiled as the official broadcaster of the forthcoming Region 5 Youth Games to be held in December.

“We have 56 days before the commencement of the games, let’s start creating the hype now. Let’s keep Malawians informed,” Mombera said.

Mombera said so far the Local Organizing Committee is impressed with the content that MBC is broadcasting ahead of the games.

For his part, the Director General of Malawi Broadcasting Corporation, George Kasakula, said the Corporation is geared for the task.

“Broadcasting the Region 5 Youth Games is a chance for MBC to prove to Malawians that it is a leader in broadcasting…We will do our best because this falls within our strategic direction of promoting sports apart from development programming, entertainment and news, ” said Kasakula.

This is the first time Malawi is hosting the Region 5 games.