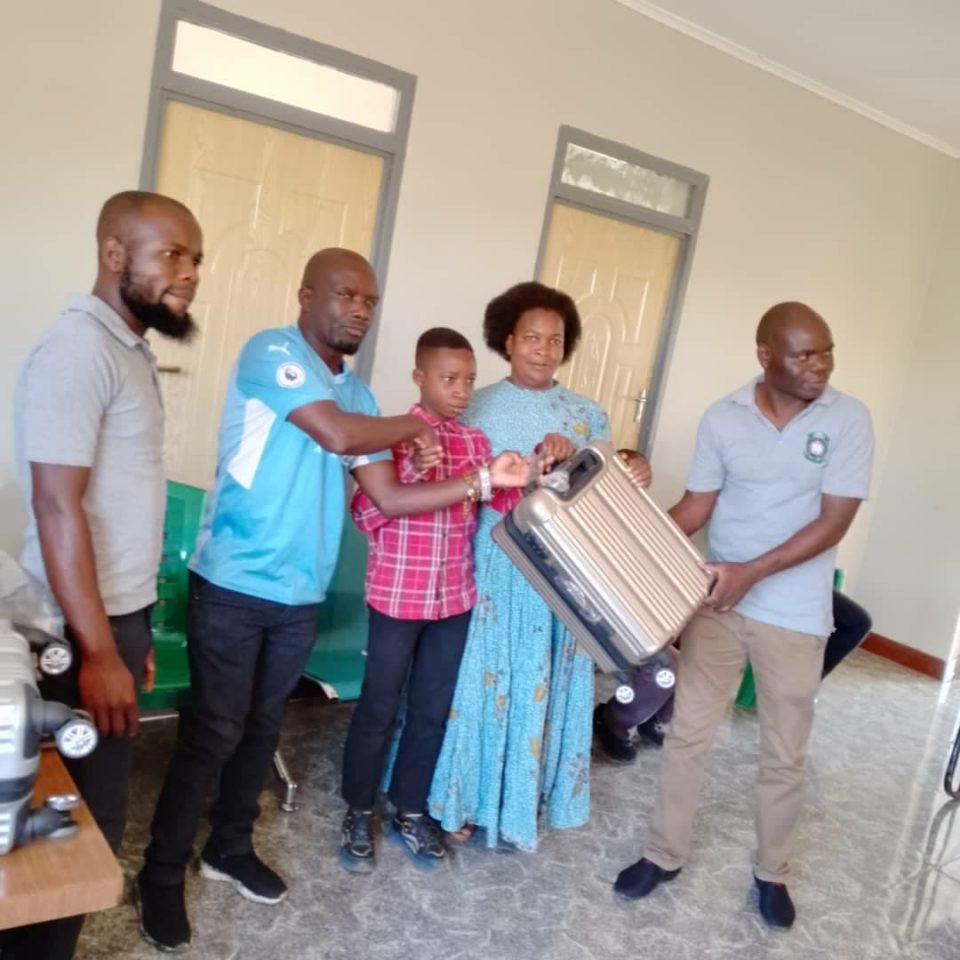 Joseph Magombo of Nankhaka Primary School in Lilongwe City Centre has been assured of financial support from the Constituency Development Fund following his outstanding performance in the recently released Primary School Leaving Certificate of Education Examination.

Director of Jeanaflo Executive Schools in Lilongwe, who is also a member of Parliament for Lilongwe City Centre, Alfred Jiya, was speaking during the gift presentation to students who have been selected to various secondary schools from his institution.

Jiya said he thought it wise that while rewarding students from his school he should also consider supporting Joseph who was schooling at Nankhaka Primary School in his constituency.

He said Magombo needs to be supported financially to fulfil his dreams.

Jiya then presented a suitcase and a sum of K200,000 to Magombo’s parents as a starter pack.

“I don’t only think of the students at my school but had to extend my support to Joseph who comes from my area, we need to encourage him as he is a role model to many learners,” Jiya said.

Mercy Magombo, the mother of Joseph, said she heard the news from friends that her son is all over on Facebook as the best performing male student.

“Regardless of the illness of his father I kept on encouraging Joseph to work hard, and it’s some teachers who after seeing the way I struggled offered to pay for his part-time classes,” she added

In his remarks, Magombo urged his schoolmates to work hard at school so that they perform well in examinations and become reliable citizens in future.

“I thank the MP for supporting me and I encourage my fellow students to work hard and put God first as everything is possible with him,” Magombo said.

Magombo is expected to start his secondary education at Blantyre Secondary School. He alongside Miriam Kachala of Chiperoni Primary School in Zomba are this year’s top students in the PSLCE Examination having scored 448 out of 500 marks.

A total of 266,639 candidates sat for the examination.