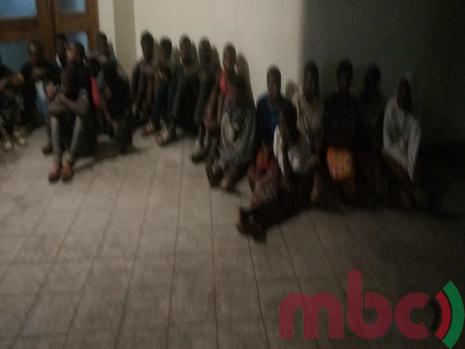 The Ministry of Gender Community Development and Social Welfare in conjunction with the Malawi Police Service has rescued about seven underage girls who allegedly were being defiled by older men at Bvumbwe Trading Center.

Working on a tip from well-wishers, Minister of Gender, Community Development and Social Welfare, Patricia Kaliati, alerted police officers from Limbe Police Station who are now keeping the minors and they have since arrested their alleged abusers.

Speaking to MBC Online, Kaliati said her Ministry has been receiving reports that some businessmen at the market during the night sleep around with young girls aged between 13-16 years.

“It is worrisome that some ill-minded people have turned the market into a hub of abusing our little girls, we will not relent till these perpetrators face justice,” said Kaliati.

During the raid, the police found the girls in makeshift Shabeens, video showrooms within the market and rest houses.

Meanwhile, Kaliati has asked Thyolo District Council to formulate by-laws that will be governing operations of markets so that they should not be hubs of criminal activities.

Kaliati hinted that upon engagement with the parents of victims some of the girls will be taken to safe homes.

The police team was led by Israel Kwalira, officer responsible for operations at the station.

According to Kwalira, the nabbed perpetrators who are 12 in total will be charged with several counts