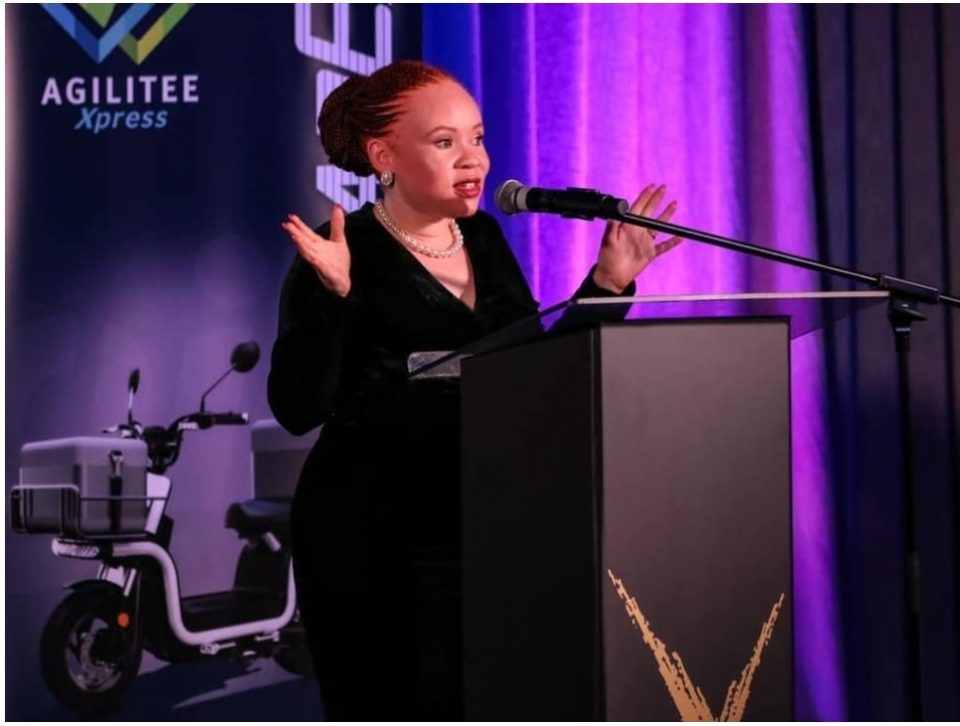 As the world gears up for the 77th United Nations General Assembly in New York, the United States of America celebrated African women will be awarded on the sidelines of the UNGA, Global Power Women Conference announces.

One of the nominees for the awards at the upcoming Women Conference, being organised by Amazons Watch Magazine in collaboration with the Centre for Economic and Leadership Development (CELD) and the African Leadership Magazine UK, is South Africa’s, Bonisile Krystle Roberts (Boni).

Roberts was recently unveiled as Chief Executive Officer for Agilitee Africa, one of the leading electric vehicles and green tech companies. Boni among other women around the globe underscores the essence of closing the gender inequality gap as regards propelling women into managerial positions.

An article carried out by kdaniellesmedia.com disclosed that Boni developed a passion for the transport sector at an early age as her maternal grandmother used to carry her in a tray to school.

Boni believes her track record as former Managing Director at Etlile Investments Group and Investment associate at the Public Investment Corporation in the Pretoria Area, South Africa gave her wits to rise through the ranks at Agilitee Africa from Chief Operations Officer to CEO of Agilitee Africa.

Statistics indicate that among traditional brick-and-mortar companies, female CEOs represent just under 5% of the fortune 500 lists.

The 2022 GPWC is hinged on the the fact that no society nor institution can be said to be truly democratic or strong if women who constitute half of it’s the population are not included as part of the top decision-makers across all levels.

Boni upon receiving the award will join the club of elite women in leadership positions and global influencers the likes of former President of Malawi, Dr Joyce Banda, who was the recipient of the CELD 2012 Award.