Against all odds, Margret Ben and her family in Kalima Village Traditional Authority Maseya in Chikwawa have risen from being an ultra-poor household to a self-sufficient one owing to Village Savings and Loans Associations (VSLAs).

Ben narrated that life was unbearable and her lowest point was in the year, 2008 when the output from her maize garden never surpassed five bags.

“In 2008 my life was miserable. I couldn’t support my family, we could sometimes sleep on an empty belly. The rains were erratic, I didn’t have the right agricultural extension advice and the yields were poor. To survive we had to do piece works in other people’s gardens,” recalls Ben.

Fast forward to 2017 when World Vision  Malawi and World Food Programme (WFP) rolled out Food For Asset creation (FFA) and VSLA interventions to change the livelihoods of farmers in the area, Ben tells a different story.

“My participation in FFA was a turning point in my life. Every month from the day I joined, I was banking my remuneration (K14, 400) in Tisungane VSLA. In the first year after receiving the dividends, I managed to buy nine goats and two maize fields to expand my agricultural output. The following year I harvested more, kept some produce for consumption and sold the rest. I invested the money in livestock and VSLA. I kept buying more shares every month and I realised K370, 000 in 2018 that I managed to build a house roofed with corrugated iron sheets,” said Ben.

Seeing is believing, we followed  Ben to her previous abode as well as the new home she has built. A significant change was noticed. Now she has tenants who pay her rentals and she looks ahead with unshaken optimism. 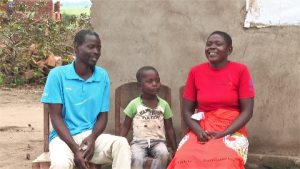 A happy home, Ben and her family

“In 2019, I received K380,000 from the VSLA. I bought two plots where I want to build houses. The market for the same is readily available here because there are government officers in this area who need good accommodation,” said Ben with confidence.

In Chikwawa and other remote parts of the country gender stereotyping is high. A 2017 research by Netsayi Mudege and others, titled: ‘The role of gender norms in access to agricultural training in Chikwawa and Phalombe, Malawi’ revealed that women were left behind in having access to finance and agricultural inputs.

The research highlighted the extent of gender stereotyping in the district that favoured men as heads of families to have more access to finances and inputs.

Morsy who works as Director of Macroeconomic Policy, Forecasting, and Research at African Development Bank, said women’s access to finance is disproportionately low. She further said that 63 percent of women in sub-Saharan Africa are unbanked.

Ben’s proactiveness is an example of how empowered women can break gender barriers. Her success demonstrates that VSLAs are indeed opening up women’s access to finance.

Her husband, Moses Peter, said as a family they have worked together to fight poverty by allowing her wife to join VSLAs and lead in decision-making. He said most of the family’s investments were realised through gains from VSLAs and FFA.“ 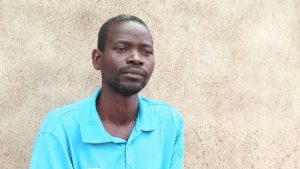 Peter: Gender inclusion is key to our success

I don’t believe in the notion that men are always right. Sometimes let us allow women to lead the way. My wife is very active in these VSLAs and other groups where empowered women discuss investments-related issues. We are coming from a very challenging background as such I don’t nurse the idea to pull her down,” said Moses.

Malawi is a signatory to The Convention on the Elimination of All Forms of Discrimination against Women (CEDAW).

The Convention provides the basis for realizing equality between women and men by ensuring women’s equal access to, and equal opportunities in, political and public life.

Malawi’s Minister of Gender, Community Development, and Social Welfare, Patricia Kaliati, said the Government of Malawi has placed women’s rights, gender equality, and the empowerment of women at the centre of its development agenda.

“Malawi recognizes that the achievement of a meaningful and equitable social and economic development of the country, hinges on effective mainstreaming of gender and progressive achievement of women empowerment,” Kaliati is quoted in a recent CEDAW report.

The family sailed through turbulent waters earlier this year after Cyclone Ana and Gombe wiped clean their previous home. Ben said she quickly recovered from the shock through the combined gains from VSLAs and other investments such as livestock. 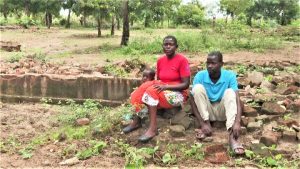 “I sold some of the goats and I withdrew my savings at the VSLAs. My combined income with earnings from FFA, helped me to build the house am currently staying in. My family has been able to be resilient in light of climate change shocks all owing to VSLAs and other home improvement methods WFP in partnership with World Vision have taught us,” said Ben. 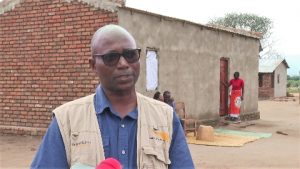 “We are basically into food security where food security is broken into nutrition, land resource interventions, agroforestry interventions as well as gender protection and accountability issues. We understand that comes a time of donor fatigue, so we want to build the resilience of this community so that it stands on its own even though we know this area is disaster-prone. Ben is a good example. She lost her home due to floods but she quickly recovered because of her savings in VSLAs and the livestock she possesses,” said Allan.

Head of WFP Sub Office in Blantyre, Elton Mgalamadzi, said his organisation is using a combination of interventions to support the communities and build resilience against climate shocks. 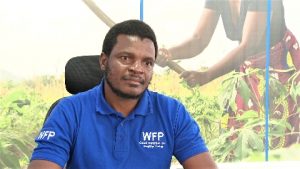 “We are doing land resources conservation, crop insurance and climate information, school feeding programme and Village Savings and Loan Associations among other interventions. So combined, these integrated activities seek to protect the communities from becoming vulnerable to climate shocks. We envisage a situation where communities will be capable of withstanding climate effects on their own with time,” said Mgalamadzi.

The organisation’s efforts sync well with the country’s aspirations as enshrined in Malawi 2063, where improved agriculture production is one of the key pillars. Its interventions are also in line with Sustainable Development Goal number 2 which seeks to “End hunger, achieve food security and improved nutrition and promote sustainable agriculture”

In the targeted population of over 150,000, Ben stands out as one of the empowered women who have utilized the integrated resilient building approaches including VSLAs to get out of the trap of poverty.

Minister of Foreign Affairs Nancy Tembo says government will set up a technical team to follow up on the agreements… //t.co/O9O0aL6B8W

Reply Retweet Favorite
The second edition of All Shades Beautiful Fashion Show, an inclusive fashion show for people with disabilities is… //t.co/yczR6peXH4

Reply Retweet Favorite
The football complexion in Malawi will take a different shape in a few months as a Spanish Football team Club Depor… //t.co/sVIypwK216

Reply Retweet Favorite
President Dr Lazarus says there is a need for countries to invest in sectors that have the potential to create jobs… //t.co/7DRvTDgKQT