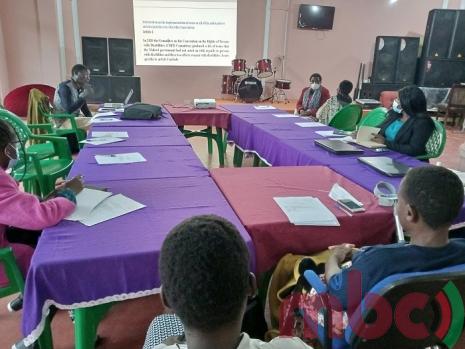 Women with various disabilities in the country have appealed to banks and other money lending institutions to provide loans to them so that they can be financially independent.

The women made the call in Blantyre during a meeting organised by Disabled Women in Development. The meeting among others sought to map a way forward in addressing challenges affecting women with disabilities in the country.

At the meeting it was also revealed that most women with disabilities run small-scale businesses like tailoring as compared to their able-bodied counterparts who are able to venture into more substantial businesses.

It was also revealed that most money lending institutions are reluctant to lend money to women with disabilities alleging that they may not be able to repay the loans. Apart from this the women also bemoaned lack of proper medical services for disabled mothers who are expectantSpeaking at the meeting, Project’s Manager at Malawi Council for the Handicapped MACOHA Ethel Kachala Chibwana says there is a need for collaborative efforts to uplift the lives of women with disabilities.Convention on the Elimination of all Forms of Discrimination Against women which Malawi is a signatory is an international legal instrument for ending gender based violence against women.

The 83rd meeting is expected to take place in Geneva from 7 to 25 February this year.

BELLS ARE RINGING IN PARLIAMENT