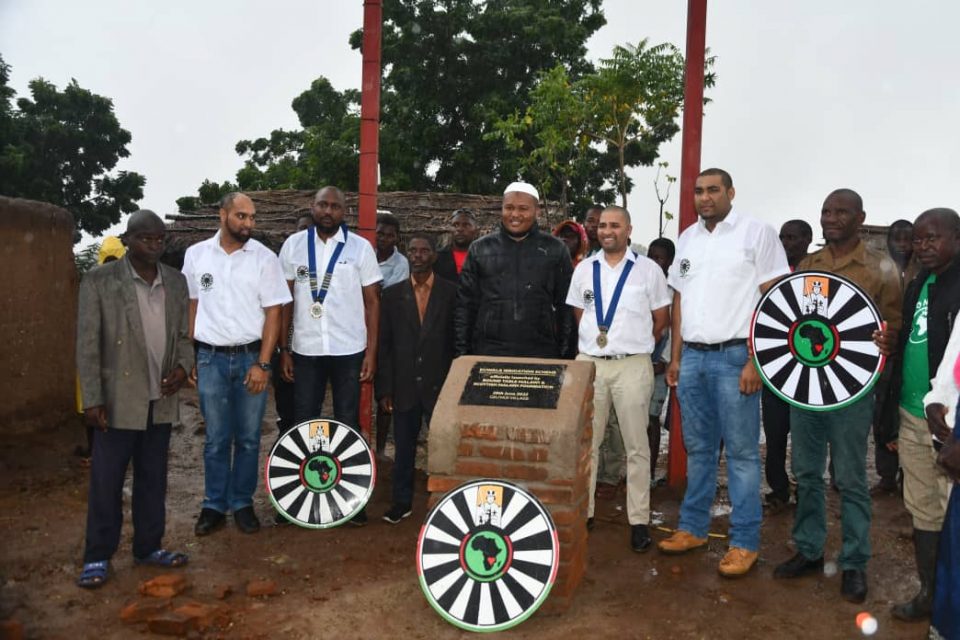 Group Village Headman Masache hailed the coming of the scheme saying it has brought hope to the villagers as they will become food secure given that the area is prone to flooding and leaves people in abject hunger and poverty as they do not harvest enough.

The coming in of a 4-hectare irrigation scheme will help the people of the area to be food secure since they will be able to farm all year round.

The village head has since advised his subjects to care for the equipment at the site and that they should fully utilise the scheme to maximize its fullest potential.

Speaking on behalf of the financiers, President of Round Table Malawi, Jason Pereira, said “we have witnessed the suffering of the people in the area year in and year out. As a result, my organization was compelled to come up with a long-term solution during my tenure to ensure that the people’s livelihoods are improved.’’

Member of Parliament for the area, Ilias Abdul Karim, has commended Round Table for the gesture saying it will help the people in the area to fend for themselves since they will be able to farm all year without fearing floods.

“This year we faced floods and this irrigation scheme is a gateway to food security, “ said Karim.

About 700 families are expected to benefit from the scheme. Round Table Malawi and the Scottish Malawi Foundation are the financiers of the project.