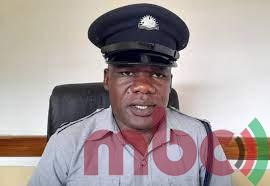 The Malawi Police Service (MPS) says it is dismayed by an audio clip that has gone viral purported recorded by one Ben Longwe who is calling on Malawians to rise against judicial officers alleging that, they are not exercising fairness when discharging their duties.

Harry Namwaza, the Police Publicist, says in a statement that in the audio clip, Mr Longwe is heard calling on the citizenry to attack judicial officers, make explosives and set on fire courts and judicial officers’ houses.

The MPS urges Malawians to ignore the call made by Longwe and tip the police about anyone planning to perpetrate violence or any suspicious act being planned against other people or property.

“Police assure all judicial officers and concerned officials of maximum security across the country and that it is on the ground to ensure that such ugly acts of violence do not happen,” reads the statement in part.

The MPS further cautions people that it will not hesitate to bring to book anyone found breaking the law.