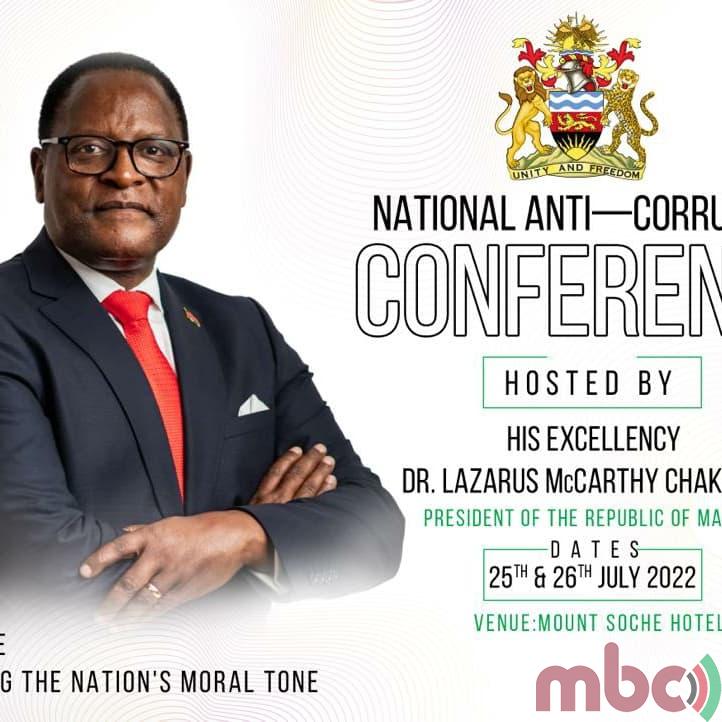 The Ministry of Justice says the Anti-Corruption Conference scheduled for today and tomorrow will provide a platform to assess what has been done and what needs to be done.

This follows a commitment President Dr Lazarus Chakwera made upon arrival from Malabo, Equatorial Guinea on 31 May 2022 to host the National Anti-Corruption Conference (NACC)

The Ministry also says the conference will allow stakeholders to share commitments on how they would effectively participate in the anti-corruption fight.

To fulfil the multi-sectoral approach, all the twelve pillars identified in the National Anti-Corruption Strategy (NACSI) will participate in the Conference and renew their commitments to the fight against corruption.

The twelve pillars include; the Executive,
the legislature, Judiciary, the Private Sector, the Academia, Civil Society Organizations, Local Government, the Youth, Traditional Leaders, Women, the Media and Faith-Based Organizations.

In a statement, the Ministry says the Malawi leader has taken a tough stance against corruption by supporting governance institutions, including the Anti-Corruption Bureau, Financial Intelligence Authority, and the Directorate of Public Prosecutions among others.

“The President is therefore calling upon Malawians and all stakeholders to join hands in the fight against corruption for the betterment of our beloved nation-Malawi to bequeath a country that is deserving to our youth and the coming generations,” reads the end part of the statement.

The conference is being held under the theme: