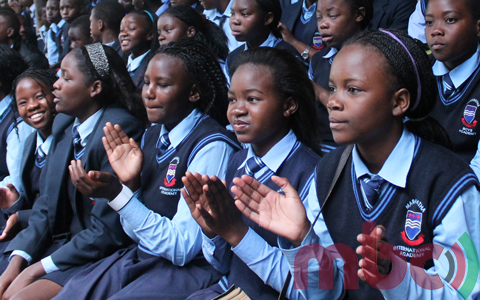 MINISTRY AGAINST RELOCATION OF SCHOOL

The Ministry of Education has chided some private schools for relocating to other districts.

In a statement signed by Secretary for  Education, Chikondano Mussa, the ministry reminds the schools that it is against the law to relocate their institutions for whatever reasons without official approval.

“The Ministry of Education would like to remind proprietors of schools that under section 38 of the Education Act, 2013, a proprietor of a school or college shall ensure that no variation in the establishment of the school or college takes place without the prior written approval of the Minister.

“For section 38, “variation in the establishment of a school” includes the transfer of the school or the college to a new site and the same can only be done upon being granted approval and a certificate being issued. A proprietor is under an obligation as provided for under section 35 to conform to the registered particulars of his or her school which include the site of the school,” reads the statement in part.

Responding to a questionnaire by MBC Online, the Managing Director of Maranatha Private Schools, Enerst Kaonga, said his institution follows laid down procedures as provided by the ministry.

“We are a law-abiding institution. We did not relocate as others might interpret. It was just a temporal not permanent. Our campuses are still in the designated places,” said Kaonga.

Commenting on the development, one of the education activists, Benedicto Kondowe, said the ministry is right to issue the press release discouraging relocations as contrary to the same is against the law, however, he said the ministry should look at the factors that have necessitated the movements

“The points raised by the Ministry of Education in its press release are just correct according to the Education Act of 2013. However, the ministry should realise that there’s panic in schools which haven’t resumed classes especially considering examination classes since the examination dates haven’t been varied. There’s anxiety since the schools are not sure when the restriction will be lifted,” said Kondowe.

The Presidential Taskforce on Covid-19 and Cholera directed that the opening of schools should be delayed due to the cholera outbreak which has seen rising cases across the country with notable increases in the cities of Blantyre and Lilongwe.