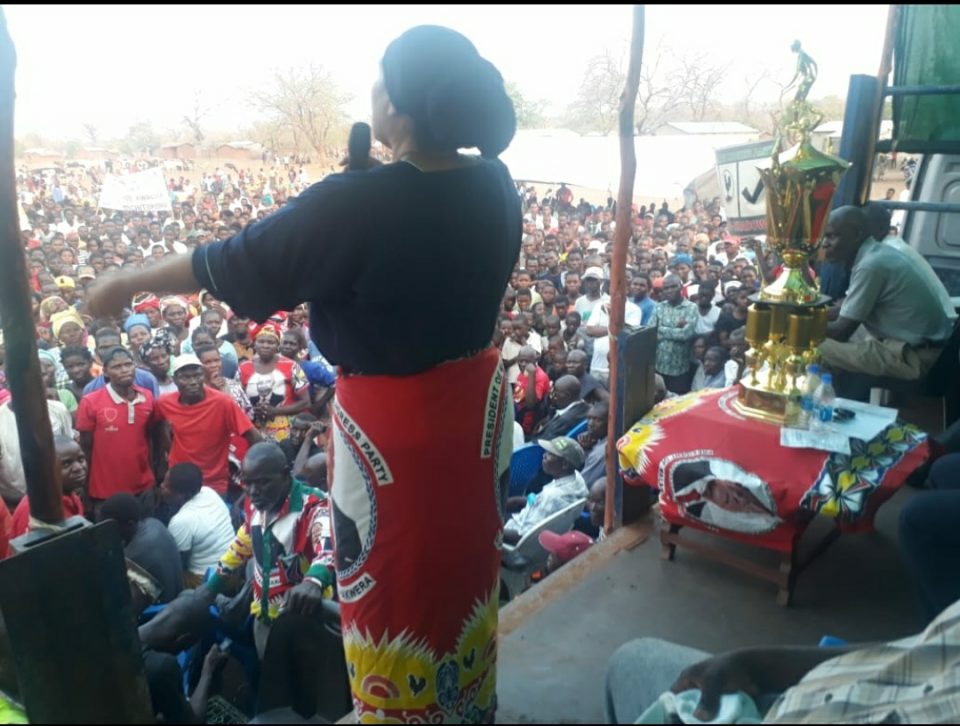 Tens of thousands of football lovers converged at Saopa Community Ground in Chikwawa Nkombezi on to witness the launch of a K10 million football trophy by the Member of Parliament for the area Abida Mia.

Mia who is also Minister of Water and Sanitation believes that through football she will keep youths in the area busy thereby preventing them from indulging in promiscuous behaviours.

“This is also part of identifying local talent for our future national team,” said Mia.

At the launch, Nsenjere Dynamos thrashed Saopa FC and went home with K150, 000 while Saopa received K120,000 as runners-up.

The league will run for three months.