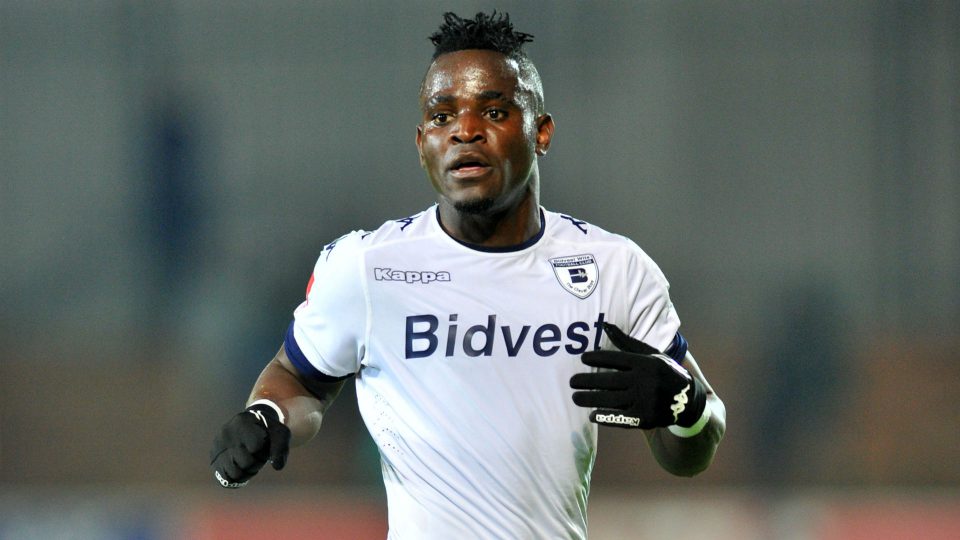 The development comes barely when his side Orlando Pirates whitewashed Polokwane City FC 4-1 on Tuesday night in South Africa.

In the match the Flames forward netted three goals in the first half of the game, earning him man of the match honour.

This is the most outstanding performance by Gaba since he moved to become a pirate in 2013.

South Africa’s Citizen newspaper said Mhango was just in a “class of his own and he lived to the expectations of the fans when he hammered in those three important goals for the Buccaneers.”

“Vincent Pule was unselfish after he set-up Gabadinho Mhango for a shot inside the box, but the Malawian international striker failed to hit the target in the third minute. But two minutes later, the striker made amends when he curled the ball into the Polokwane City poles to give Bucs the lead.

Mhango’s counterpart Ben Motshwari netted the fourth goal for Pirates. The hat-trick takes his tally of goals to 10 and leads the scorers chart in South Africa.

Speaking to SuperSport Mhango attributed his sublime performance to teamwork.

“I thank God, my teammates and supporters for coming in numbers to give their support to us. It’s something that we started at training and for me I just want to keep going and keep pushing for my teammates. This is the second time for me to score a hat trick but we’ll see more of this coming,” said Mhango.

Most soccer pundits have spoken praise of Gaba’s recent performance including Flames Coach Meke Mwase saying: “Gaba is making us proud. He is on top of his game. His switching to big clubs like Pirates is doing him good. I hope he maintains the form.”

Mhango’s team is fifth placed in the league with 24 points from 16 matches, currently Kaizer Chiefs are at the summit of the table with 38 points from the same number of games.