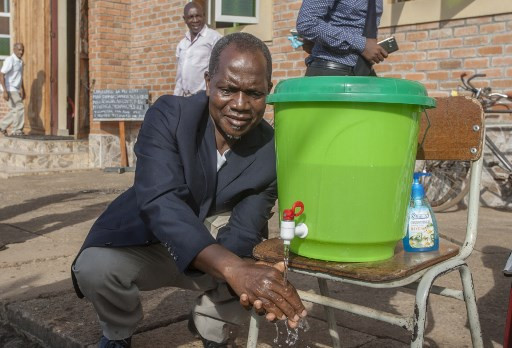 Despite COVID-19 wrecking havoc on world economies, the country with support of its partners is making good strides in containing the pandemic.

This has been disclosed by His Excellency the State President Dr. Lazarus McCarthy Chakwera in a weekly radio address which was aired on Saturday.

The Malawi Leader said kudos should go to the health personnel who are on the frontline in the battle against the ravaging Coronavirus.

The President said the relentless fight by health workers has seen more tests being conducted and many people recovering after contracting the virus.

“I thank our health workers for continuing to defend us from the virus with their expertise in matters of prevention and treatment. Because of their efforts, over 37 thousand people have now been tested, including close to 2 thousand tested in one day during this week, the highest single day testing we have had. Because of their efforts, more than half of those found with the virus have already recovered,’’ said President Chakwera.

He then committed to supporting the health workers by ensuring that they have the necessary tools to protect themselves and save lives.

The President also commended the Presidential Taskforce on COVID-19 for systematic coordination of all efforts to contain further spread of the virus. He said if the momentum is maintained it will lead to restoration of social order and recovery of the economy.

“In the education cluster of the taskforce, guidelines have already been developed on what schools need to do to reopen safely. In fact, we will start assessing the readiness of each school this coming week so that the schools that meet our safety standards can reopen in early September. Similarly, the ministry of transport is making great strides in meeting the safety standards of the International Air Transport Association (IATA) so that we are now confident that we will safely open Kamuzu International Airport in the first week of September,” said Dr. Chakwera.

The President also made mention that his Administration has entered into agreement with an organisation called Masks for All which has already distributed 4 million masks nationwide and is set to distribute another batch of 3 million masks.

In conclusion he urged religious leaders having reached a consensus to limit 100 people per public gathering to continue being a shining example of behavioral change by disseminating accurate information about the virus and enforcing measures for stopping its spread.

Currently 38798 people have been tested. Confirmed cases have hit 5026 but there’s hope as 2623 COVID-19 patients have recovered.

Man Gets 12 Years IHL for Defilement