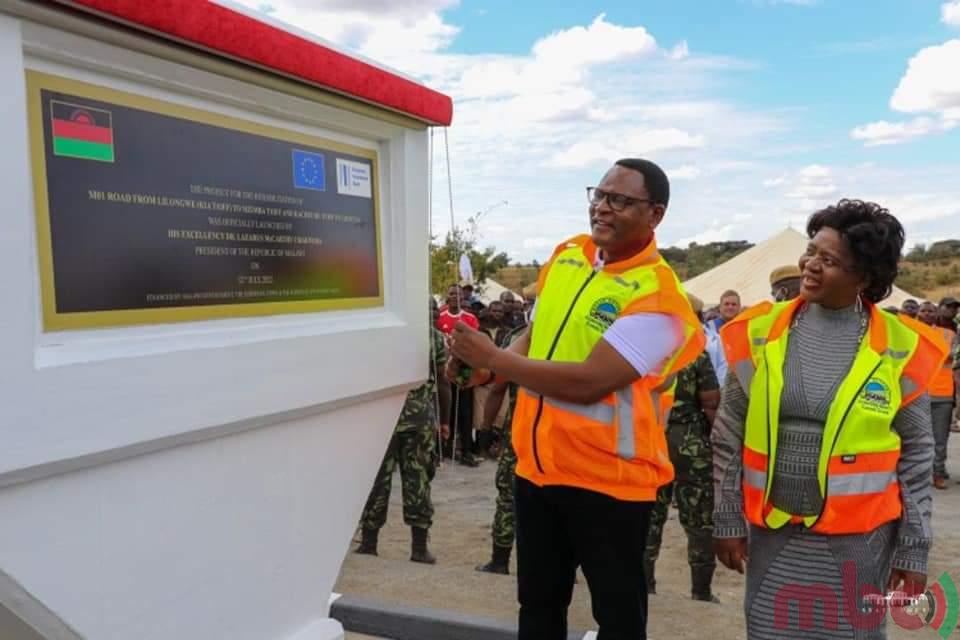 President Dr Lazarus Chakwera says the rehabilitation of M1 Road is crucial to the economic development of the country.

Dr Chakwera was speaking at Mtiti Primary School Ground in Dowa during a development rally held after unveiling a plaque marking the official launch of the M1 Road rehabilitation works.

The President for some minutes operated an excavator signalling commencement of the road rehabilitation.

The Malawi leader said by constructing the M1 road, he is sending a message to Malawians that development matters and should benefit all Malawians from Nsanje to Chitipa.

Dr Chakwera then thanked the European Investment Bank and the European Union for financing the project which he said will create over 4000 jobs in the country.

He said the over 300 kilometres stretch will also help provide confidence to development partners that even dualisation of the same road shortly will be possible.

The President, therefore, warned corrupt individuals to stay away from the project or face the law.

In his remarks, the representative of the European Investment Bank in Southern Africa, Jim Hodges, said they have committed huge sums of money after looking at the importance of the project.

His words were echoed by the European Union representative to Malawi, Bartek Studniarask, who said the road offers a great opportunity to Malawi as the country needs to fully engage in international trade.

Minister of Transport and Public Works, Jacob Hara, assured the contractors of total support from the government as they undertake the project.

Earlier, MCP Regional Chairperson for the Centre, Patrick Chilondola, hailed President Chakwera for making sure that the road rehabilitation project is launched.