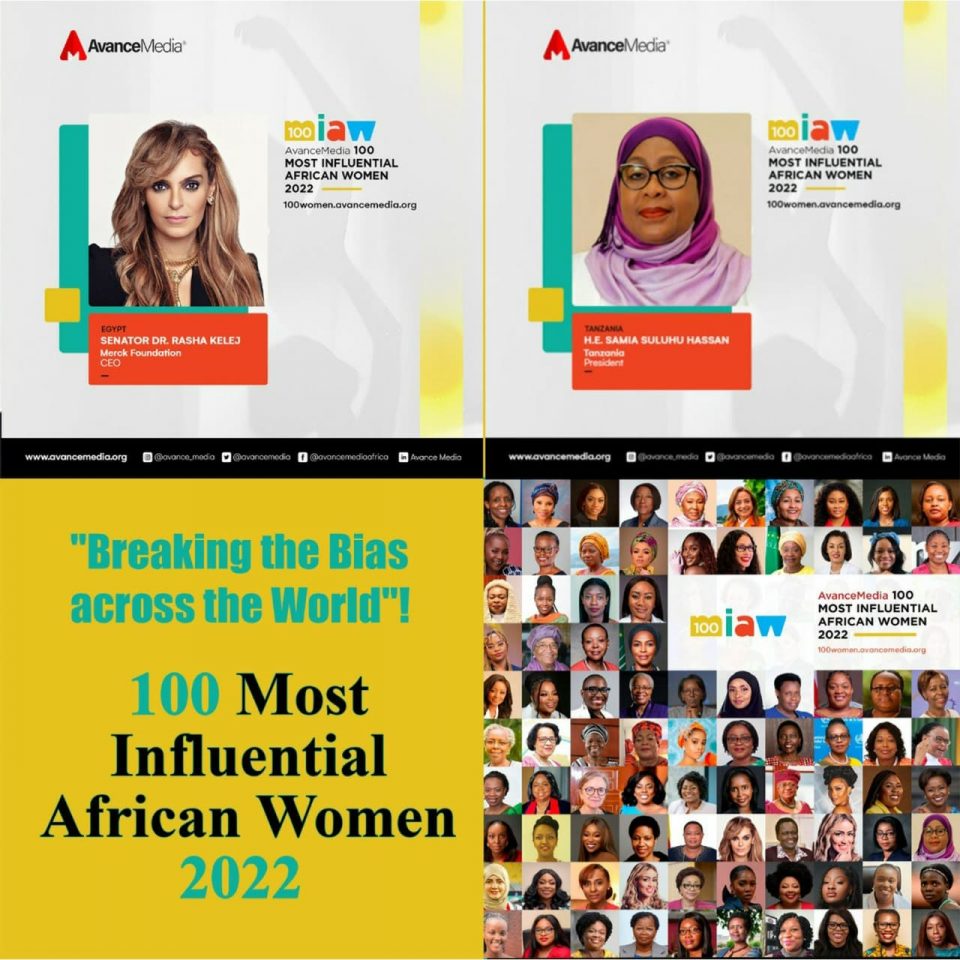 Avance Media Agency launched a publication to highlight and celebrate African women in leadership to inspire the next generation of leaders.

In Malawi, Merck Foundation works with the office of the country’s First Lady, Madam Monica Chakwera,  to complement government efforts in health and education among other sectors of development.

“I am delighted and honoured to be selected for the fourth year as one of the 100 most influential Africans and African women under the category of CSO and Philanthropy. Congratulations to all the exceptional women who have been selected this year” reads part of the statement.

Dr Rasha Kelej is also President of More Than a Mother, a campaign that is drumming up support for infertile women in the country.

Other notable women who have made the list this year include the Prime Ministers of Uganda, Namibia and Togo.