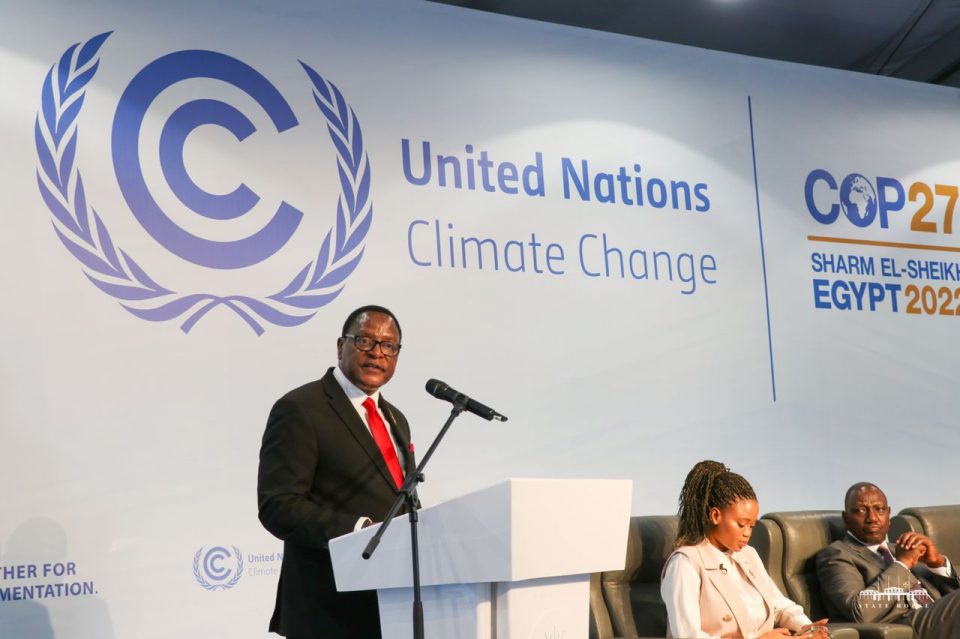 The Malawi leader was speaking during the launch of Africa Carbon Markets Initiative ACMI, a Pan African Climate Change Adaptation drive on the sidelines of the COP27 underway in Sheikh El Sheikh in Egypt.

He said government has almost doubled its social protection initiative from 3.5 to 7 million households to ensure more people are assisted.

He said to sustain this kind of support, government is keen to pursue voluntary carbon markets and the carbon credit projects that not only drive emissions reduction but also raise resources.

Kenyan President William Ruto and other leaders also spoke at the launch.

MALAWI TO BENEFIT FROM LEG FUNDING