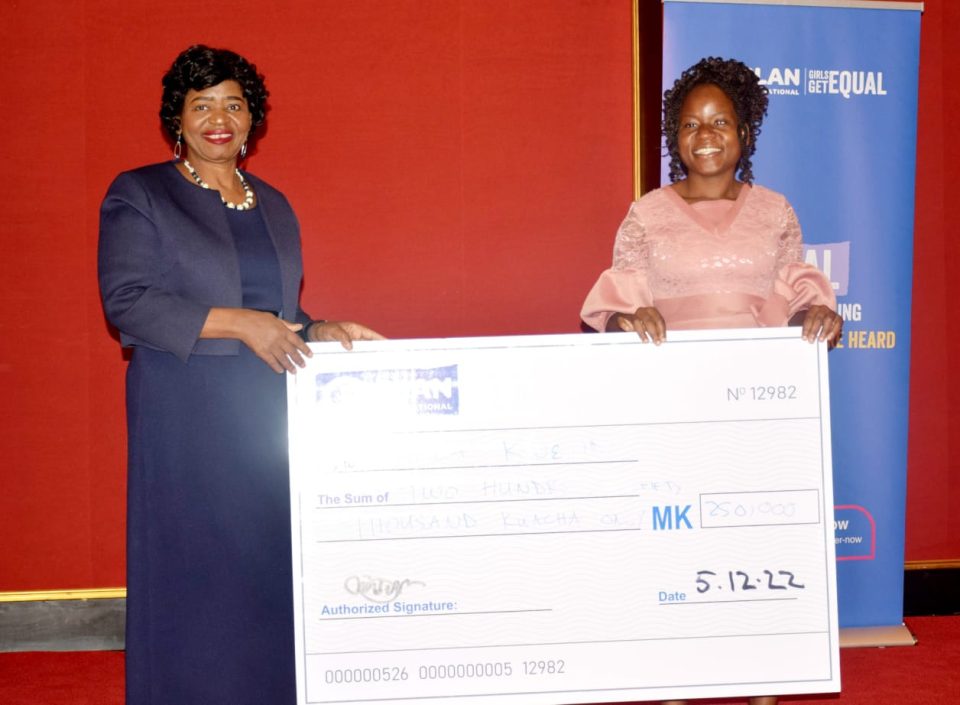 First Lady Madam Monica Chakwera says the UNESCO-India-Africa Hackathon which some university students attended in India has a positive bearing on the industrialisation pillar as outlined in the country’s aspirations, Malawi 2063.
Madam Chakwera made the remarks at Kamuzu Palace in Lilongwe when she awarded 20 students who were part of this year’s event.
This year’s event paid particular attention to Agriculture, Water and sanitation, Education, Health, and Energy.
Four Malawian students emerged winners for their exceptional work after attending the Hackathon.
Speaking after awarding the students, Madam Chakwera said the students’ performance signaled that the youth have the potential to transform the country.
The First Lady added that the girl’s involvement is a clear indication that science and technology are fields for everyone regardless of one’s gender.
Deputy Minister of Education, Monica Chang’anamuno said the ministry will provide continued support to ensure that the innovations materialise.
Plan Malawi Country Director, Phoebe Kasoga, was also pleased to see that out of 20 students, 12 were girls. She said this is an indication that gender stereotypes are a myth and that girls can do well in science.
This year’s event attracted students from LUANAR, Mzuzu University, UNIMA, MUST, and MUBAS.
The Hackathon which takes place annually gathers students, academicians, and research experts and is aimed at finding solutions to issues affecting different countries.
The UNESCO-India-Africa Hackathon took place at Gautam Buddha University in India from 20 to 27 November.
Reported by Beatrice Mwape, MBC Online Services.
#MBCNewsLive