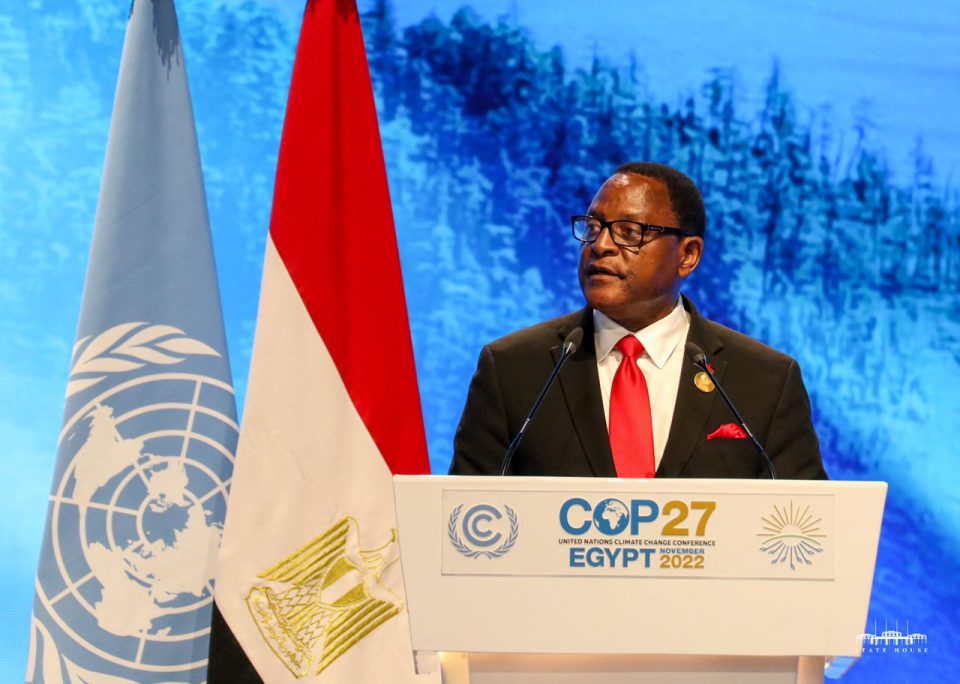 The President said the key to addressing
climate change is sustainable development and restoring balance to the relationship with nature, but this can be achieved if countries act in solidarity.

He said the benchmarks for climate mitigation, adaptation, and financing for developed nations can not be the same as for Least Developed Countries, hence the need for fairness.

On the pledges made in previous meetings, Dr Chakwera said it is necessary to act with speed, courage, urgency and solidarity to win the battle against climate change.

What came out clearly from other African leaders who spoke during the summit including South African President Cyril Ramaphosa and others is that countries are facing increasing prices of goods and services as well as food shortages orchestrated by the effects of climate change.