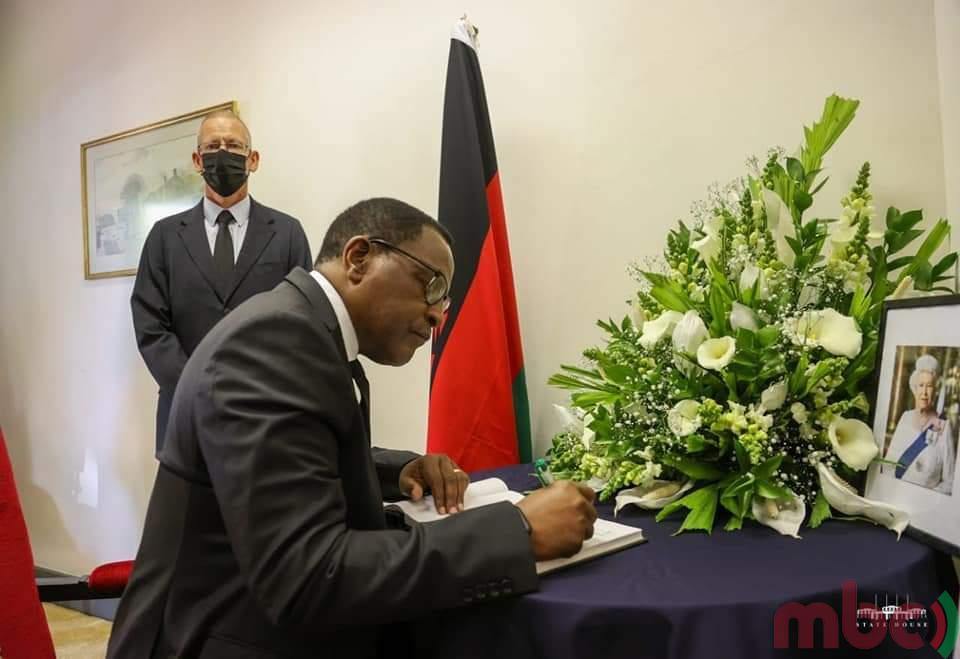 President Dr Lazarus Chakwera has registered his message of condolence on the passing of Her Majesty Queen Elizabeth II, at the British High Commission in Lilongwe.

Writing in the Condolence Book on behalf of the people and Government of Malawi, the President says He and the First Lady express their deepest condolences to the British people and the whole of the Commonwealth at the passing of the Her Majesty the Queen.

The President wishes the Royal family God’s comfort and the provision of God’s power as His Majesty King Charles III leads on.

Queen Elizabeth II died on Thursday, September 9,  at the age of 96