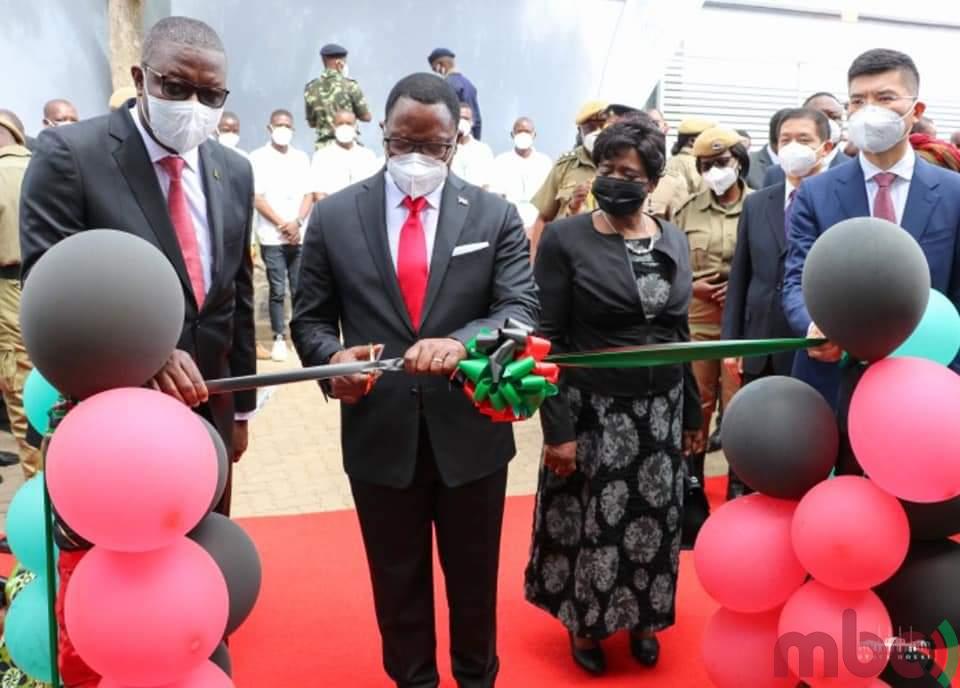 President Dr Lazarus Chakwera says his administration is building the nation brick by brick and has called on the citizenry to guard themselves against the voices of people who are bent on derailing the foundation of the country’s development.

Dr Chakwera was speaking at Kamuzu University of Health Sciences (Kuhesi) ground in Blantyre during the official inauguration of the National Data Centre.

Speaking during the ceremony Dr Chakwera said it is disheartening that some misguided people in the country are not aware that it takes time to set up a strong foundation to anchor the development of the country.

“The people of Malawi are like the people of Judah in Biblical times. We are building brick by brick and block by block. However, in our midst, we have characters who have the spirit of Sanballat and Tobiah who have vowed to oppose us the whole time we are building. But we know we are building and the whole project will be a success. We also know that the success of this project needs to be protected from the Sanballats and Tobiahs of our time,” said Dr Chakwera.

The Malawi leader said since the National Data Centre is fully operational, it will be a key building block for the country’s digital economy.

“Now that the National Data Centre is complete, we can start cutting costs. We can also guarantee the security of data for those who want to invest in our country thus making Malawi a preferred investment destination,” said the Malawi leader.

“We appreciate the guidance that President Dr Lazarus Chakwera gave us last year when we rolled out the project. Now we can confidently say Malawi is now treading on the right path towards the global village,” said Chen.

The centre has three key partners, Huawei Technologies, the Ministry of information and the Electricity Supply Corporation of Malawi.

Speaking earlier Board Chairperson for ESCOM, Fredrick Changaya and Minister of Information and digitisation, Gospel Kazako, described the inauguration of the data centre as a game changer that will ensure the safety of data at a cheaper cost.

In addition, all government institutions will also be connected to enable speedy delivery of services such as E-Health, E-Government, E-Commerce and E-learning among others. The centre will also provide services to non-governmental organisations and private entities.