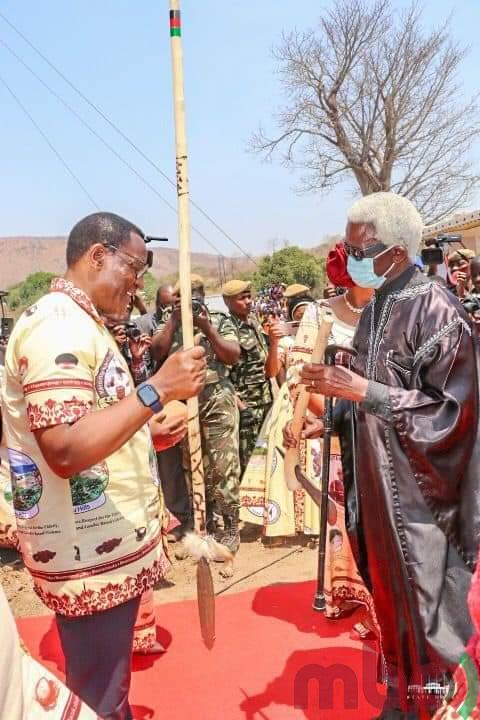 President Dr Lazarus Chakwera has commended the people of Karonga and Chitipa districts for their spirit of unity in promoting cultural values and respect for the elderly.

Dr Chakwera was speaking at Mbande Hills in Karonga during the inaugural Karonga-Chitipa Cultural Festival.

“The culture of Karonga and Chitipa is important as it enhances unity among the tribes of the two districts and the country at large.

Speaking to the gathering earlier on, Paramount Chief Kyungu of Karonga and Chitipa appealed to Malawians to love one another despite the diverse political affiliations.

“Political parties should not separate but unify us for the prosperity of the country,” he said.

Kyungu further urged the youths of the two districts to focus on education than engaging in early marriages.

Vice Chairperson for Karonga – Chitipa Cultural Heritage, Wantwa Mwahimba, asked the government to support cultural celebrations in the country for the promotion of unity.

This is the first time the people of Karonga and Chitipa have jointly held a cultural festival.

The celebration has been held under the theme: ‘Promoting Unity, Love, Respect for Elderly and Ending Mob Justice, among Communities.’