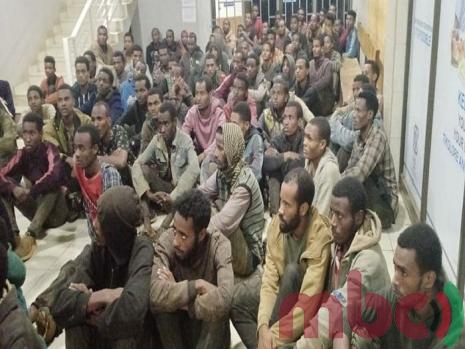 The Department of Immigration and Citizenship Services in the Northern Region in collaboration with Malawi Police Services on Monday arrested 93 Ethiopians for illegal entry into the country.

According to Francis Chitambuli, Malawi Immigration Public Relations Officer for the North, the suspects were arrested around Chiskombe area in Mzimba while hiding under a tarpaulin at the back of a 7 tonner lorry said to belong to Sothini Mzilikazi Maona of Mloyi Village, Enukweni in the district which was coming from the direction of Karonga  to Mzuzu.

All the 93 Ethiopians failed to produce their passports and did not present themselves to immigration officers to legalise their entry.

In the process assistant driver of the lorry, 26-year-old Yona Kamanga from Traditional Authority Mtwalo in Mzimba was arrested.

The vehicle which was used to ferry the suspected illegal immigrants has been impounded and its driver is currently on the run.